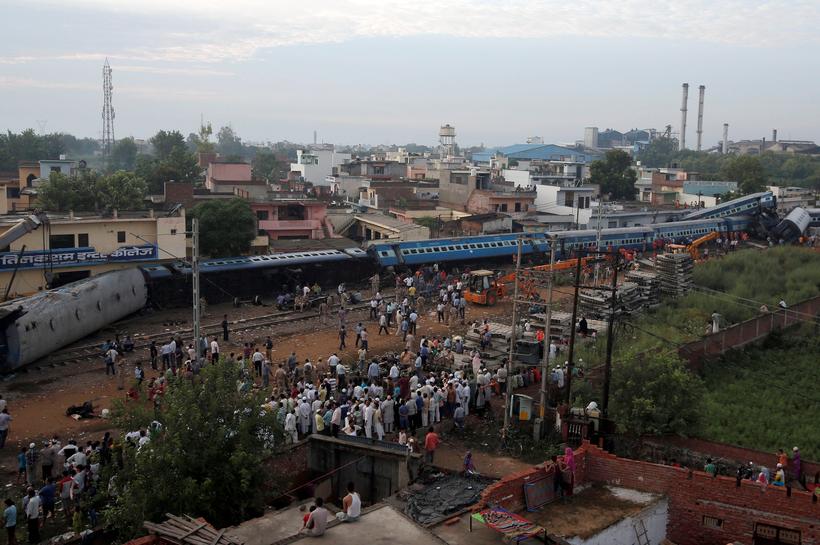 NEW DELHI (Reuters) – India began investigating on Sunday a train crash in which 23 people were killed, the fourth major accident over the past year on the world’s fourth biggest rail network which is grappling with chronic under-investment and over-crowding.

The cause of the derailment about 130 km (80 miles) north of the capital New Delhi, in the state of Uttar Pradesh, was not known, said Northern Railways spokesman Neeraj Sharma.

Thirteen coaches of the train came off the tracks as it was heading to the Hindu holy city of Haridwar, police said.

The toll rose to 23 dead with at least 123 people injured.

Sharma said rescue operations had ended and a safety commissioner would launch an investigation later on Sunday. The driver of the train would be one of the first people to be questioned, Sharma said. He said the death toll could rise.

A senior official in the Uttar Pradesh government, Arvind Kumar, told the Hindustan Times the train driver had slammed on the brakes after spotting maintenance work on the tracks that had not been properly signaled.

A damaged coach of a passenger train is removed from the site of an accident in Khatauli, in the northern state of Uttar Pradesh, India August 20, 2017.Adnan Abidi

“It is too early to say what was the cause,” Sharma said when asked about the report.

Train crashes are all too common in India after decades of poor investment and rising demand, which usually mean packed trains are running on creaking infrastructure.

Saturday’s accident is at least the fourth major accident this year and the third in Uttar Pradesh in 2017.

A crash in November in Uttar Pradesh killed 150 people.

The network is in the middle of a $130 billion, five-year modernization.

In addition, the government launched a $15 billion safety overhaul in February after the surge in accidents blamed on defective tracks.

But in June, Reuters reported that the overhaul was facing delays as the state steel company could not meet demand for new rails.