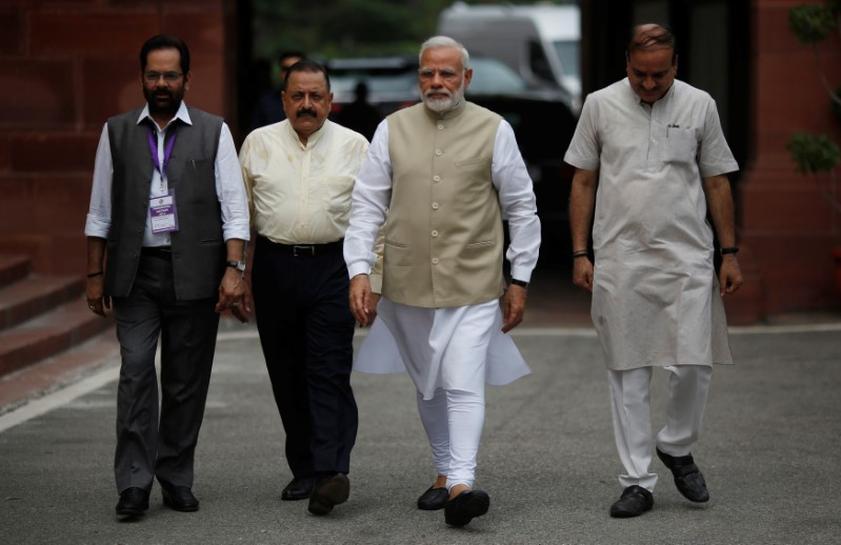 NEW DELHI (Reuters) – India’s parliament began voting on Monday for a new president in an election likely to be won by a candidate backed by the ruling Bharatiya Janata Party (BJP), tightening its grip over top political positions.

Ram Nath Kovind’s ascent to the highest public office would be the first by a leader who started out with the Rashtriya Swayamsevak Sangh, or National Volunteers’ Association, a Hindu nationalist mentor of the BJP and its affiliates.

The president’s role is largely ceremonial but as the custodian of the constitution, the president has played an important role in times of uncertainty, such as when a general election is inconclusive and a decision has to be made about which party is best placed to form a government.

Kovind, 72, who is from the low-caste Dalit community, is facing Meira Kumar, a former parliament speaker and a fellow-Dalit backed by the opposition Congress party.

Prime Minister Narendra Modi, among the first to cast his vote in parliament, said he looked forward to working with Kovind.

“My government will offer full cooperation to him,” he told members of parliament from the ruling coalition.

Members of both houses of parliament and state assemblies will vote on Monday and ballots will be counted on Thursday. The BJP commands the most votes in parliament and in the states.

Some presidents, such as outgoing President Pranab Mukherjee, have tried to act as conscience-keepers, using their constitutional authority as the head of state to defend India’s founding principles as a secular, diverse democracy.

Modi’s rivals say minority Muslims have feared for their wellbeing and have been targeted by fringe Hindu groups since he took office in 2014.

Sonia Gandhi, the head of the Congress party, appealed to members of parliament to vote for Kumar to protect India’s secular values.

“We cannot and must not let India be hostage to those who wish to impose upon it a narrow-minded, divisive and communal vision,” she said.