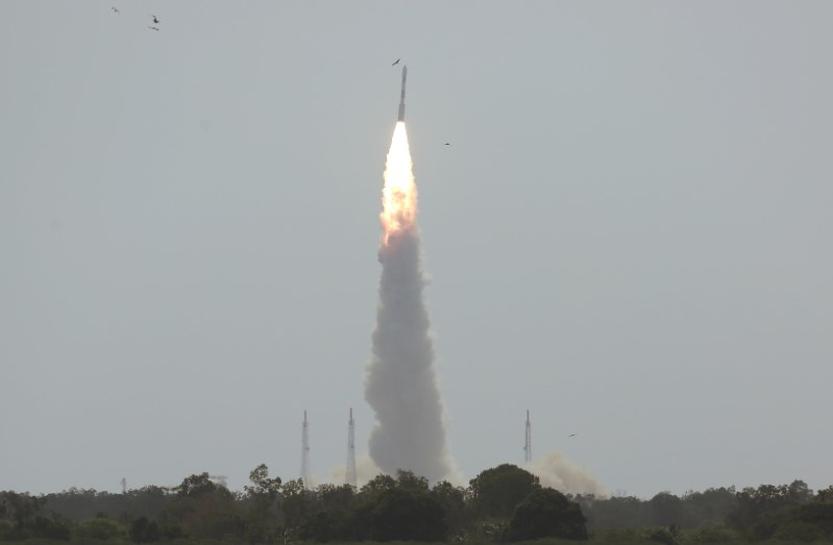 NEW DELHI India fired a rocket carrying 31 small satellites into space on Friday, several of them for European countries, in a boost to Prime Minister Narendra Modi’s ambition to project the country as a global low-cost provider of services in space.

The Polar Satellite Launch Vehicle (PSLV) launched a 712 kg Cartosat-2 satellite for earth observation and 30 other tiny satellites from Sriharikota in the southern state of Andhra Pradesh at 9.29 a.m. (0359GMT).

The rocket is carrying satellites from India and 14 other countries, including Austria, Belgium, Latvia, Lithuania and Slovakia, as part of an international commercial arrangement by the state-run Indian Space Research Organisation. (ISRO)

The satellites will be used for communications, weather forecasting and monitoring crops.

“Congratulations to ISRO on its 40th successful Polar satellite launch … You make us proud!” Modi tweeted.

Modi’s government has been promoting the space programme as a showcase of low-cost technology.

In 2014, India sent an orbiter to Mars at a cost of $74 million, a fraction of the $671 million the U.S. space agency NASA spent on its MAVEN Mars mission.

“We reached Mars on a budget less than that of a Hollywood film,” Modi said this week.

For all its success, the Indian space programme has a tiny share of the global market.

In 2015, the global space industry was valued at $323 billion, according to a Space Foundation report, and India accounted for just 0.6 percent of that business.

India’s PSLV launch vehicle has put 209 satellites into orbit for foreign clients, the ISRO said in a statement.

“Our effort of continuing to provide increased earth observation, navigation as well as communication will continue,” said the agency’s chief, A.S. Kiran Kumar.

Friday’s lift-off comes 18 days after India put a three-tonne satellite, its heaviest, into the orbit matching the technical know-how of the United states, Russia, China, Japan and the European Space Agency.

That launch was meant to signal the ISRO’s ability to launch heavier communications satellite which are at the higher end of the launch business and more lucrative.