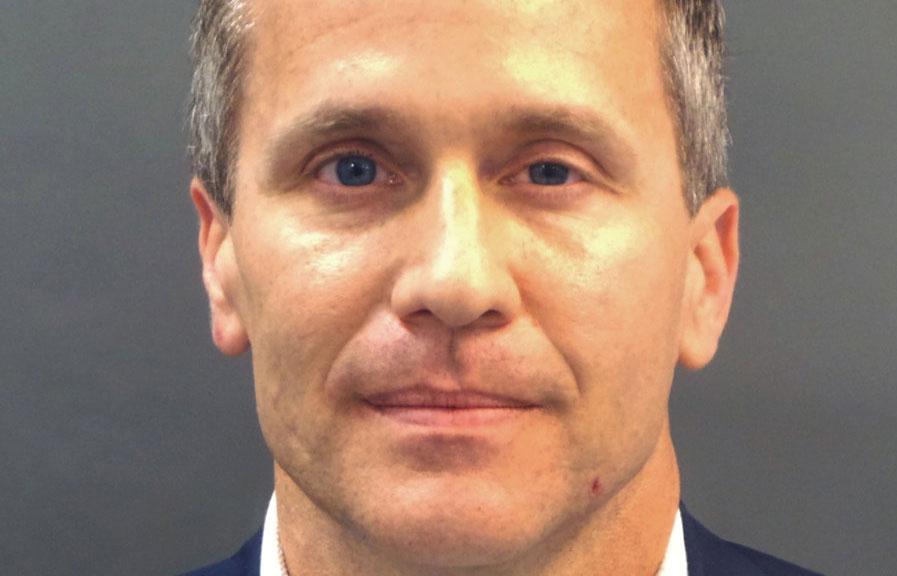 (Reuters) – Missouri Governor Eric Greitens, under indictment for invasion of privacy in connection with the cover-up of an extramarital affair, has resigned from a leadership position with the Republican Governors Association, the organization said on Friday.

Greitens will not attend the group’s winter meeting currently under way in Washington, the association’s executive director, Paul Bennecke, said in a statement.

“Given his desire to focus his full attention on moving forward in Missouri, he also no longer intends to serve on the Executive Committee of the” Republican Governors Association, Bennecke said.

A message left for Greitens’ press office was not immediately returned, and a spokeswoman for his attorneys said they had no comment.

A Missouri grand jury handed up a one-count indictment on Thursday, accusing the 43-year-old of felony invasion of privacy, stemming from a March 21, 2015, incident.

The indictment alleges Greitens photographed a woman, identified as K.S., who was fully or partially nude, without her knowledge or consent in a place where she could expect privacy. He then transmitted the image in a way to allow it to be accessible by computer, the indictment said.

Greitens has admitted to having the affair with a woman before his election in November 2016, but denied he tried to blackmail her to keep it a secret.

He was booked and released on Thursday, and maintained his innocence in a statement, saying he did not commit a crime.

A spokeswoman for Gardner said in a statement on Friday that the prosecutor will not “litigate this case in the media.”

“These personal attacks, while disappointing, will not distract her from her duty to serve justice and the citizens of this community,” the statement said. “Both the governor and the victim deserve their day in court.”

Greitens, a former U.S. Navy SEAL, was once considered a rising star in Republican politics, and is now feeling heat from his own party.

Leaders in the Republican-controlled Missouri House of Representatives said they will launch their own investigation into the allegations.

“We will carefully review the facts contained in the indictment and answer the question as to whether or not the governor can lead our state while a felony case moves forward,” House Speaker Todd Richardson said in a statement.

If convicted, Greitens faces a maximum four years in prison and up to $5,000 in fines.

Reporting by Keith Coffman in Denver; Editing by Jonathan Oatis