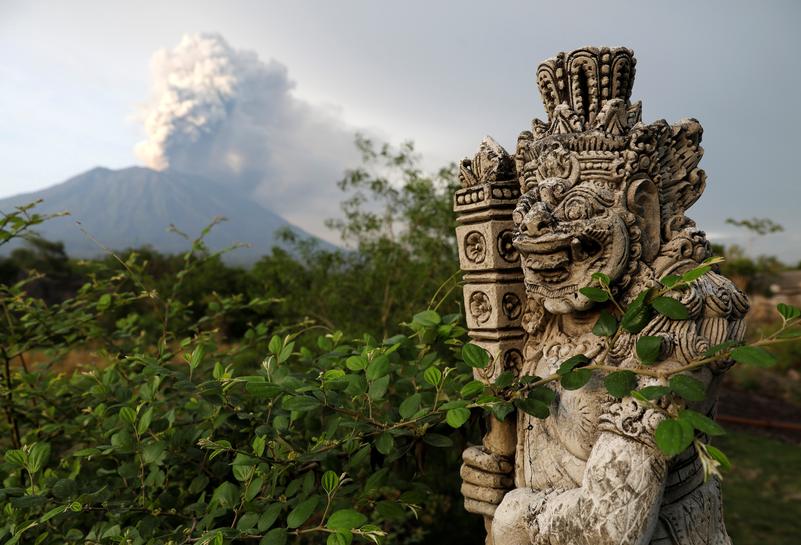 AMED, Indonesia (Reuters) – Indonesia shut its airport on Bali for a third consecutive day on Wednesday due to a volcanic ash cloud, as the rumbling Mount Agung volcano continued to paralyze flights on the holiday island and cause a mass evacuation around the mountain.

A statue on a bridge is seen as Mount Agung volcano erupts in the background near Kubu, Karangasem Regency, Bali, Indonesia, November 28, 2017. REUTERS/Darren Whiteside

A large plume of white and gray ash and smoke was visible above Agung after rain lashed the island by night and partially obscured the fiery glow at its peak seen in previous days.

Authorities have been continually assessing the risk the ash poses to flying after winds sent the cloud southwest across the island.

Bali’s airport, Indonesia’s second-biggest, will be shut at least until 7 a.m. on Thursday (2300 GMT), the transport ministry said.

As many as 443 flights, both domestic and international, have been affected by the closure of the airport, about 60 km (37 miles) from Mount Agung.