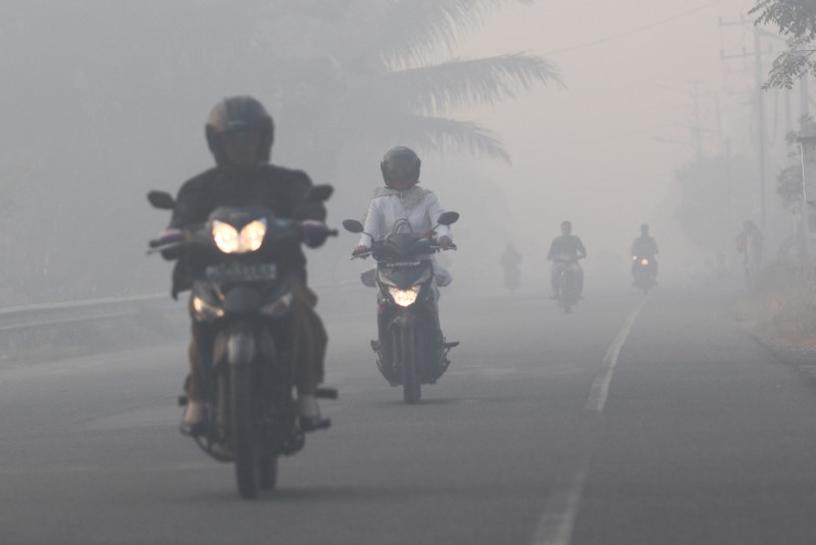 JAKARTA (Reuters) – Indonesia’s disaster mitigation agency (BNPB) has warned of an escalating threat of forest fires with the dry season expected to peak in coming months, while hot spots detected in the province of Aceh have already been causing choking smoke.

Fires had spread to around 64 hectares (158 acres) of fields and forests in Aceh, a northern province on the island of Sumatra, producing haze and some residents had been taken to hospital due to breathing problem, the agency said on Tuesday.

“The peak of the dry season is predicted to be in August and September, so the threat of forest and field fires, and drought will escalate,” Sutopo Purwo Nugroho, a spokesman for BNPB said in a statement.

The fires in Aceh started on Tuesday last week and authorities are still trying to extinguish them in some areas.

Indonesia is regularly hit by forest fires, which can result in choking smoke blowing across to neighboring countries like Singapore and Malaysia.

Indonesia suffered some its worst forest fires in 2015, hitting mainly the island of Sumatra and in Kalimantan, the Indonesian portion of Borneo island.

Draining and conversion of peatland, often driven by palm oil plantations, contributed to the intensity of haze from the fires, the World Bank said.

The head of Indonesia’s Peatland Restoration Agency told a conference in May there would be “no more haze going to the neighbors”, as authorities implemented new measure to combat fires, the Thomson Reuters Foundation reported.

Indonesia’s Environment and Forestry Ministry said on Monday she wanted to make permanent a current moratorium on issuing new licenses to use land designated as primary forest and peatland.

By November last year, the government has put more than 66 million hectares under the coverage of the moratorium.

Reporting by Bernadette Christina Munthe and Fransiska Nangoy; Editing by Ed Davies and