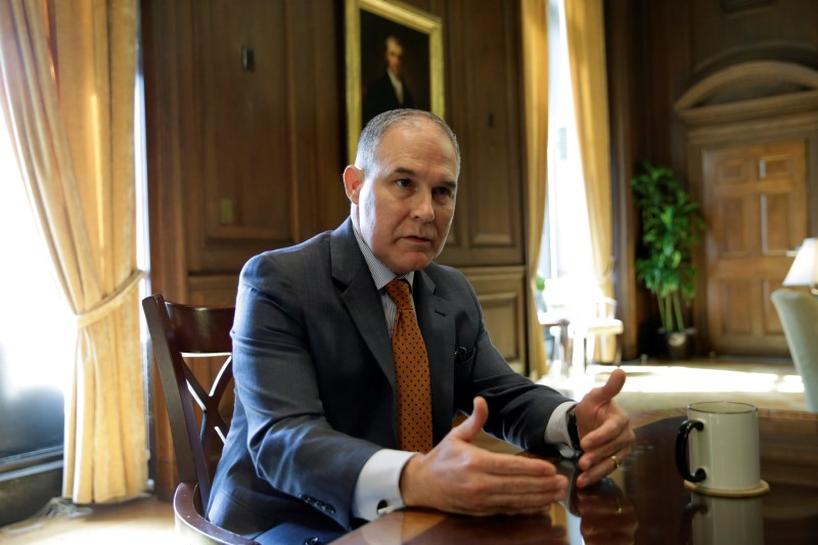 WASHINGTON (Reuters) – The frequent travels of the head of the U.S. Environmental Protection Agency, Scott Pruitt, to Oklahoma will be investigated following congressional requests, the agency’s Office of Inspector General said on Monday.

Pruitt’s many travels to his home state have fueled speculation that he intends to run for the U.S. Senate from Oklahoma. A spokeswoman for Pruitt has declined comment on the speculation.

The Office of Inspector General said it would look into the “frequency, cost and extent” of Pruitt’s travels to Oklahoma through July 31, and whether travel policies and procedures were followed.

It said the investigation will also aim to determine “whether EPA policies and procedures are sufficiently designed to prevent fraud, waste and abuse with the Administrator’s travel that included trips to Oklahoma.”

Pruitt was in Oklahoma on at least 43 of the 92 days of March, April and May, according to copies of his travel records obtained by the Environmental Integrity Project watchdog group and reviewed by Reuters last month.

The travel records show Pruitt’s schedule this spring often took him to cities in the U.S. heartland where he held meetings, often with oil and gas industry representatives, made speeches and attended events before flying to Tulsa for extended weekends.

The records showed Pruitt paid for some legs of the trips directly related to his visits home, although it was not clear he paid for all such legs.

Pruitt has riled environmentalists by raising doubts about climate change and by vowing to sweep away scores of Obama-era regulations to help business.

Before becoming head of the EPA under Republican President Donald Trump in February, he was Oklahoma’s attorney general and repeatedly sued the agency he now runs to block federal environmental rules.