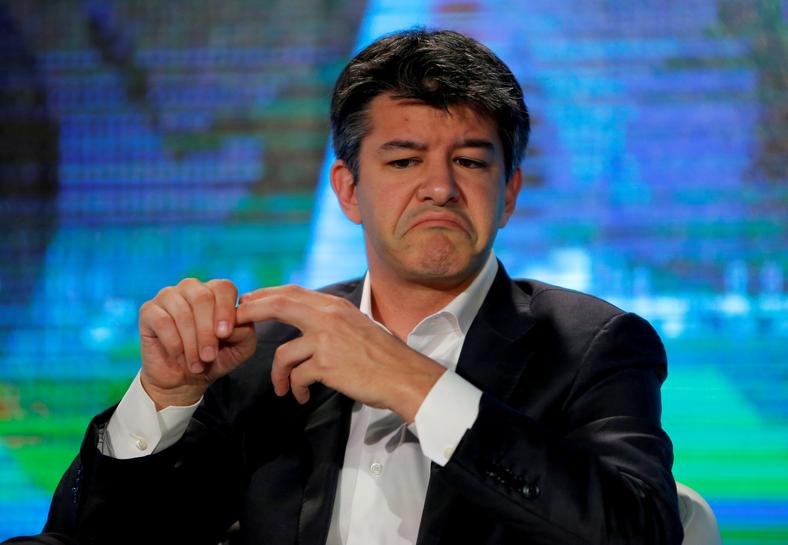 SAN FRANCISCO (Reuters) – Benchmark Capital called ousted Uber Technologies Inc [UBER.UL] Chief Executive Travis Kalanick a “corrosive influence” on the ride-services company in a court filing on Thursday, the latest salvo in a battle between the two over Kalanick’s presence on Uber’s board.

The dispute could determine who wields power at Uber as the world’s largest venture-backed company looks for a new CEO to help it overcome a year of scandals, rebuild its tarnished image and turn it into a profitable business.

Legal hostilities started two weeks ago when Benchmark sued Kalanick in Delaware’s Chancery Court to force him off Uber’s board and rescind his ability to fill three board seats. (tmsnrt.rs/2hPzxYj)

Last week Kalanick dismissed Benchmark’s lawsuit in a court filing as “a public and personal attack” without merit and called for the dispute to be moved to arbitration.

Benchmark, an early Uber investor with a representative on the board, replied to that with its own filing on Thursday, ramping up its criticism of Kalanick and arguing that a Delaware court should decide Kalanick’s future on the Uber board, not arbitrators.

Removing Kalanick from the board was necessary “to ensure Uber is protected from Mr. Kalanick’s corrosive influence and can promptly obtain the new leadership it needs to move forward,” Benchmark’s court filing said, referring to Uber’s search for a new CEO.

A spokesman for Kalanick said Benchmark’s latest court filing relies on meritless personal attacks against Kalanick with no legal basis. “Benchmark’s shameful tactics and unfounded claims punish Uber, its employees and its investors at a critical time when the company most needs stability and leadership,” the spokesman said.

Kalanick was forced to resign as Uber CEO in June, when shareholders representing about 40 percent of the company’s voting power signed a letter asking him to step down, following a succession of scandals at the company ranging from sexual harassment to evading regulation by some local authorities. Kalanick remains on the board and is involved in the company’s search for a new CEO.

Benchmark’s Aug. 10 lawsuit says Kalanick “committed fraud” by concealing a range of misdeeds from the board when last year he requested that the board add three seats that he would have the sole right to appoint. Board members, including Benchmark, approved.

The lawsuit says the firm never would have approved the request had it known certain things that it believes the CEO was hiding at the time, including details of an alleged theft of trade secrets that has led to a high-stakes legal fight with Alphabet Inc’s Waymo self-driving car unit.

As a key shareholder, Benchmark’s approval was necessary to passing the board amendment.