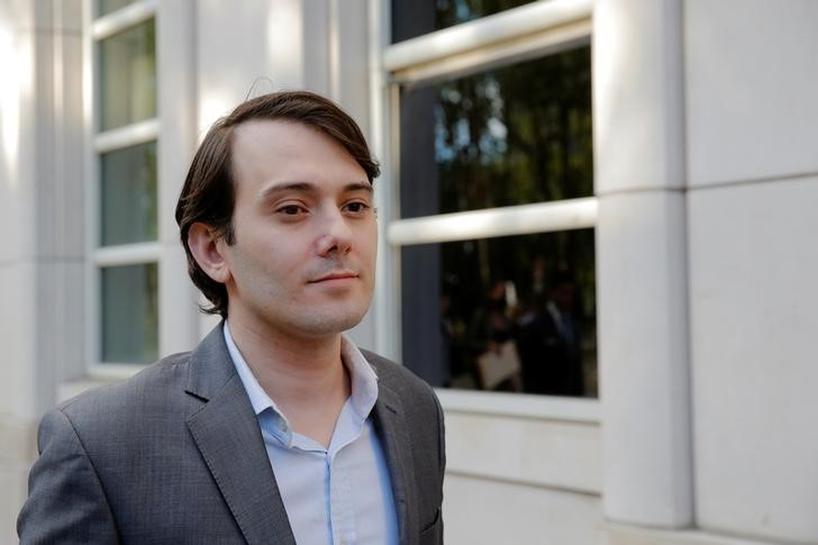 An investor in Martin Shkreli’s hedge fund testified on Monday that the former drug company executive, now on trial for securities fraud in federal court in New York, reminded him of Dustin Hoffman’s autistic character in the movie “Rain Man.”

Schuyler Marshall, chairman of the board of the real estate company Rosewood Corp, said under cross-examination by Shkreli’s lawyer, Benjamin Brafman, that he was not claiming Shkreli was autistic.

“The reference here was that this was just an intensely focused, bright guy who knew his stuff,” Marshall told jurors.

Hoffman’s character in the 1988 film is an autistic savant with exceptional mental abilities but difficulty relating to other people.

Shkreli, 34, gained notoriety in 2015 when he raised the price of a life-saving drug by 5,000 percent as the chief executive officer of Turing Pharmaceuticals, sparking outrage among patients and U.S. lawmakers and earning him the nickname “pharma bro.”

The charges he is on trial for stem not from his time at Turing, but from his management of hedge fund MSMB Capital Management, another fund called MSMB Healthcare and drug company Retrophin between 2009 and 2014. Prosecutors say he deceived investors in the funds and eventually repaid them with money stolen from Retrophin, which Shkreli founded in 2011 but was ousted from as CEO in 2014.

Marshall’s testimony fit into the picture that Brafman painted in his fiery opening argument of Shkreli as a socially awkward “nerd” who was bullied and manipulated by others.

Like other investors who have testified in the trial, Marshall, who invested more than $200,000 in MSMB Capital, said that while Shkreli misled him about the fund’s operations, he did not lose money.

At one point, Marshall testified, he even used the phrase “no harm, no foul” in a communication with Shkreli.

“He paid back my investment and then some,” Marshall said.

The trial, now in its seventh day, is expected to last up to six weeks.