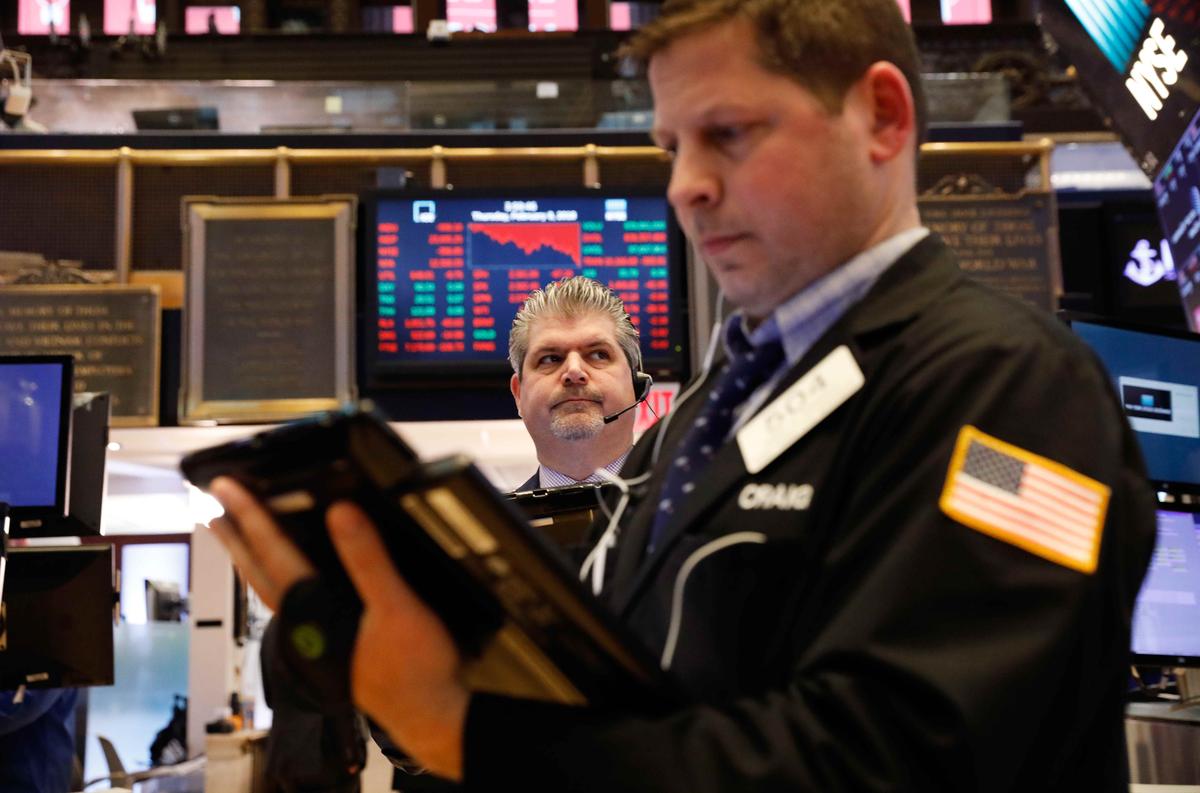 NEW YORK (Reuters) – The inflation bogeyman has reared its ugly head and sent U.S. stock investors racing for the hills in recent days.

Next week, coming off one of the most volatile stretches in years, two important readings on U.S. inflation could help determine whether the stock market begins to settle or if another bout of volatility is in store.

If the January’s U.S. consumer price index due next Wednesday from the U.S. Labor Department, and the producer price index the next day, come in higher than the market anticipates, brace for more selling and gyrations for stocks.

U.S. consumer prices rose 2.1 percent year-on-year in December and is forecast to stay around that pace this month.

“If we get a hot CPI print it will insert additional uncertainty, but if we get a quiet, below-consensus print, you may see yields down and equities rally,” said Jason Ware, Chief Investment Officer & Chief Economist at Albion Financial Group in Salt Lake City, Utah.

The equity market has become highly sensitive to inflation this month. A selloff in U.S. stocks earlier this week was in large part sparked by the Feb. 2 monthly U.S. employment report which showed the largest year-on-year increase in average hourly earnings since June 2009.

Recent U.S. tax cuts that may spur economic growth, the prospect of more government borrowing to fund a widening fiscal deficit, and rising wages, have all pushed up benchmark U.S. Treasury yields to near four year highs.

“This is how we started, go back to Friday and this is exactly where we were,” said Art Hogan, chief market strategist at B. Riley FBR in New York.

“The conversation about equity risk premium, interest rates and inflation, we are coming full circle.”

The jump in wage inflation pushed yields on the benchmark 10-year U.S. Treasury note closer to the 3.0 percent mark last seen four years ago, denting the attractiveness of equities, and unnerving investors fearful inflation will force the U.S. Federal Reserve to raises short term interest rates at a faster pace than is currently priced into the market.

The current earnings yield for the S&P 500 index companies stands at 5.4 percent, below the 6.4 percent average of the past 20 years. As bond yields rise the spread between the two narrows, prompting asset allocation changes between equities and fixed income.

Investor concerns over inflation was reflected in Lipper funds data on Thursday, which showed U.S.-based inflation-protected bond funds attracted $859 million over the weekly period, the largest inflows since November 2016.

Traders are currently putting the chances of a 25 basis point hike by the Fed at its March meeting at 84.5 percent, according to Thomson Reuters data.

While many analysts were predicting bond yields to rise this year as global economies improve, the suddenness of the move was a large factor in the recent stock market selloff.

Both the Dow Jones Industrial Average and S&P 500 index were on track on Thursday for their biggest two-week percentage declines since August 2011.

“The pace really does matter,” said Ron Temple, Head of US Equities and Co-Head of Multi Asset Investing at Lazard Asset Management in New York.

“If we see 3.0 percent next week that is going to spook people more – the equity market psyche is fragile at this point.”

The fragile investor psyche is likely to lead to continued volatility coming off a week that saw the Dow suffer its largest intraday index point decline in history on Monday, nearly 1,600 points. The Dow currently has an average intraday swing over the past 50 days of 265.76 points, the highest since March 2016.

While volatility has subsided a little from the heights touched earlier this week, it is far from an all clear, Nigol Koulajian, chief executive of Quest Partners, a New York-based systematic commodity trading advisor with $1.4 billion in assets under management, said.

Koulajian pointed to the fixed income market as the main catalyst right now for near-term moves in the stock market.

“Investors need to keep a very, very close eye on fixed income,” he said. “The catalyst needn’t be big. When the market is this levered, even tiny events can trigger a big avalanche.”

But analysts also caution yields are not at levels that should be alarming to investors, and in fact are at levels that signal a healthier global economy, and the performance of some stocks this week points to a belief the consumer is also getting healthier.

The average yield on the 10-year Treasury note over the past 30 years is 4.834 percent, still well above current levels.

“But it doesn’t do much for predicting short-term moves.”

(This version of the story corrects bond price code to text in paragraph 15.)