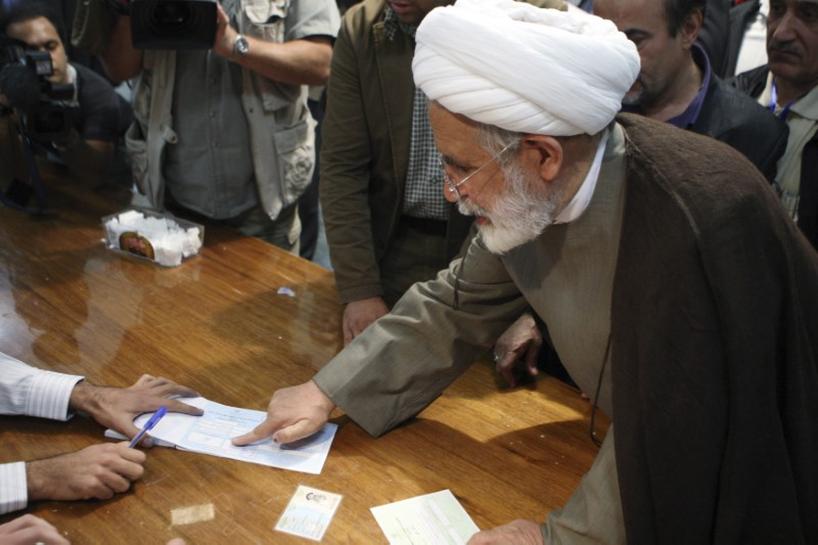 LONDON (Reuters) – Mehdi Karroubi, a detained Iranian opposition leader, started a hunger strike on Wednesday and wants to be out on trial rather than remain under house arrest where he has been held since 2011, his son told Reuters.

The 80-year-old cleric underwent heart surgery last month and has suffered from several health problems in the past few years.

“He has demanded again to be put on public trial and has also asked for the security forces to leave his house,” he added.

His family say security agents are present at the house he lives in and video cameras and microphones record everything around the clock.

Karroubi, and fellow reformist Mirhossein Mousavi ran for election in June 2009 and became figureheads for Iranians who staged mass protests after the vote they believed to be rigged brought back hardline president Mahmoud Ahmadinejad.

Karroubi, Mousavi and Mousavi’s wife Zahra Rahnavard were confined to their homes in February 2011 after the opposition leaders called supporters to rally in solidarity with pro-democracy uprisings in Arab countries.

“The Islamic Republic usually presents house arrest as a favor to the detained people and says they would face harsh sentences if go on trial. My father says he is not worried of results of any trial, even if it’s a death sentence,” Mohammad Taghi Karroubi said.

Karroubi supported President Hassan Rouhani’s bid for a second term in office and voted for him in May’s elections, but Rouhani has yet to deliver promises he made during his campaign and release the opposition leaders.

Iranian officials have said that the Supreme Leader Ayatollah Ali Khamenei, who has the final say in major state affairs, ordered the house arrest of the opposition leaders.

Karoubi, the former speaker of the parliament, has been accused of being a “seditionist” and “traitor”, but he has not been officially charged.

In a public letter to Rouhani in 2016, he asked “the despotic regime” to grant him a public trial so he can hear the indictment against him and defend himself.