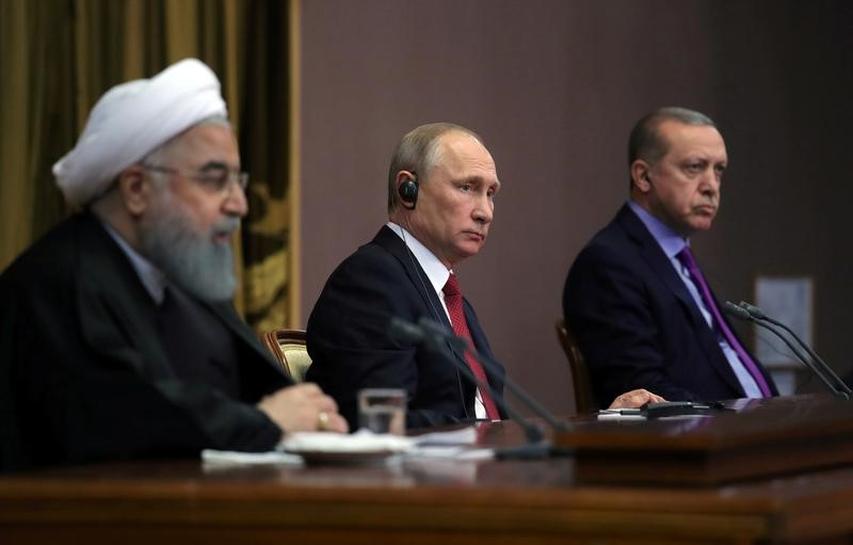 LONDON (Reuters) – The trilateral meeting between Iran, Russia and Turkey in the Russian resort of Sochi this week was “a right step, at the right time” for the future of Syria, Iranian President Hassan Rouhani told Syrian counterpart Bashar al-Assad in a phone call.

Russia’s Vladimir Putin won the backing of Turkey and Iran on Wednesday to host a Syrian peace congress, taking the central role in a major diplomatic push to finally end a civil war all but won by Assad.

“Iran will stand by the Syrian people and the Syrian government in the fight against terrorism,” Rouhani was quoted as saying by state broadcaster IRIB on Saturday in a phone call with Tehran’s main regional ally.

Iran has signed large economic contracts with Syria, reaping what appear to be lucrative rewards for helping Assad in his fight against rebel groups and Islamic State militants.

“Tehran is ready to have an active role in reconstruction of Syria,” Rouhani added.

The chief commander of Iran’s Revolutionary Guards, who has sent weapons and thousands of soldiers to Syria to prop up Assad’s regime, also said on Thursday that their forces were ready to help rebuild Syria and bring about a lasting “ceasefire” there.

Syria’s six-year civil war has killed hundreds of thousands of people and forced millions to flee in the worst refugee crisis since World War Two.

In a joint statement in Sochi, the three leaders called on the Syrian government and moderate opposition to “participate constructively” in the planned congress, to be held in the same city on a date they did not specify.