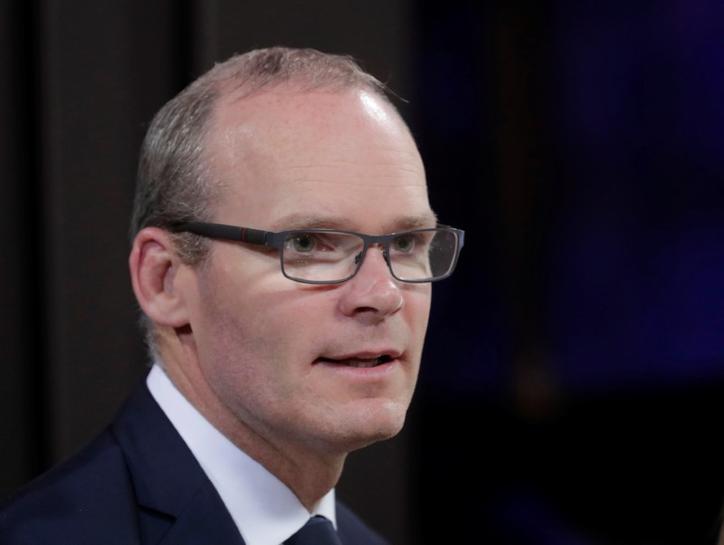 DUBLIN (Reuters) – Britain’s talks on exiting the European Union cannot progress, as London wishes, to trade relations until it give more clarity on what will happen at its border with Ireland, Irish Foreign Minister Simon Coveney said on Friday.

The border with Northern Ireland, which will be the UK’s only land frontier with the EU after its departure, is one of three issues Brussels wants broadly solved before talks on trade can start in December at the earliest.

“On the border issue, I‘m sorry but we need more clarity than we have right now. We cannot move ahead to phase two on the back of a promise that we don’t see any delivery mechanism to make a reality,” Coveney told a conference.

“We don’t need all the answers but we certainly need to have more assurance than we have today and we need some understanding that if the trade negotiations collapse, which could happen, that the Irish issues will still be resolved and prioritised.”

With close trading links to Britain, Ireland is considered the EU member most at risk when its neighbour leaves the bloc. That means it needs to plan “for all eventualities” and is already doing so, Coveney said.

Ireland has called for Britain and the EU to reach a bespoke customs union partnership to eliminate the risk of a “hard” border returning between it and Northern Ireland, which until a 1998 peace deal was separated by military checkpoints because of 30 years of sectarian violence in the province.

However, Dublin wants Britain to commit to a fallback option, including potential special arrangements for Northern Ireland, to avoid a customs border should Britain’s plan of maintaining the closest possible ties with the EU fall through.

If those assurances are forthcoming, Dublin will “probably be Britain’s closest friend” in the trade talks but if London maintains its current position, some sort of customs border on the island of Ireland cannot be avoided, Coveney said.

Ireland’s Central Bank has told Irish firms to do more to prepare for an abrupt British departure and speaking at the same conference, Allied Irish Banks’ chairman said Ireland must be ready for a “car crash Brexit.”

“We must plan for the worst possible car-crash Brexit if the ultra-Brexiteers, the head-bangers, are prepared to blow up the British economy in the name of taking back control,” Richard Pym said.