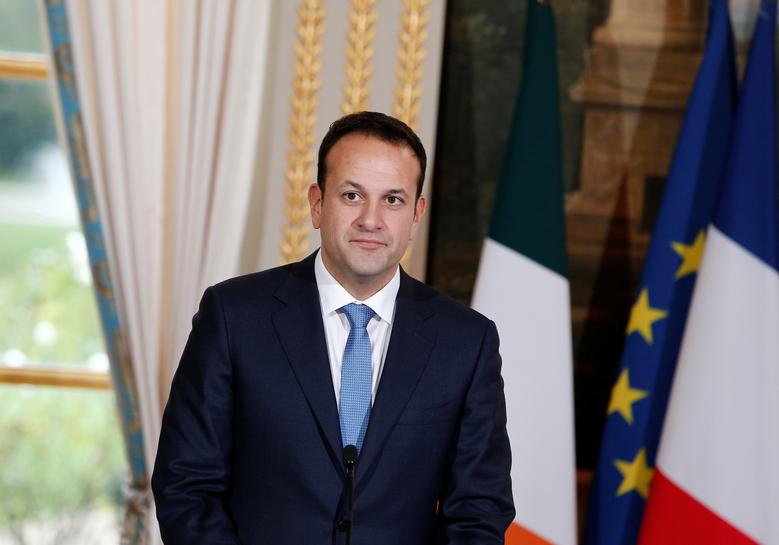 DUBLIN (Reuters) – It is likely European Union leaders will allow Brexit talks to move onto trade relations in December, as long as Britain provides guarantees in writing on issues currently being debated, Ireland’s prime minister said on Wednesday.

The EU will only engage with Britain on its future trade relationship and how a post-Brexit transition period will work, as London wishes, after the first, ongoing round of divorce talks have sufficiently progressed.

Brussels wants three issues broadly solved before giving the green light — the exit bill, safeguarding expatriate rights and the border between Ireland and Northern Ireland, which will be the UK’s only land frontier with the EU after its departure.

“I‘m now of the view that it is likely that we will be able to say that sufficient progress has been made at the December (EU leaders) meeting, allowing us to move onto discussions on transition and the future arrangements, but that’s just my prediction at this stage,” Leo Varadkar told parliament.

“This of course will all depend on what happens over the next number of weeks and what specific assurances and guarantees in writing we can get from the United Kingdom.”

Varadkar, who said he was more optimistic than he was a number of weeks ago with talks “moving in the right direction”, struck a more positive tone than his foreign minister, Simon Coveney, who said recently that Dublin could not let talks progress without further clarity on the border.

The Irish government has called on Britain to do more than simply promise a “hard” border will not return between it and Northern Ireland, which until a 1998 peace deal was separated by military checkpoints because of 30 years of sectarian violence in the British province.

EU diplomats and officials told Reuters on Tuesday that the continued slow pace of the divorce talks was increasing the possibility that EU leaders would again refuse next month to open trade talks.

They said some may already be considering that as a useful tactic against Britain, which is anxious to prevent businesses relocating investment.

“It’s not going to be possible to fully resolve the border question until we actually start to talk about the future relationship the UK will have with Northern Ireland so there will come a point when it is in our interests to actually start talking about that,” Varadkar said.