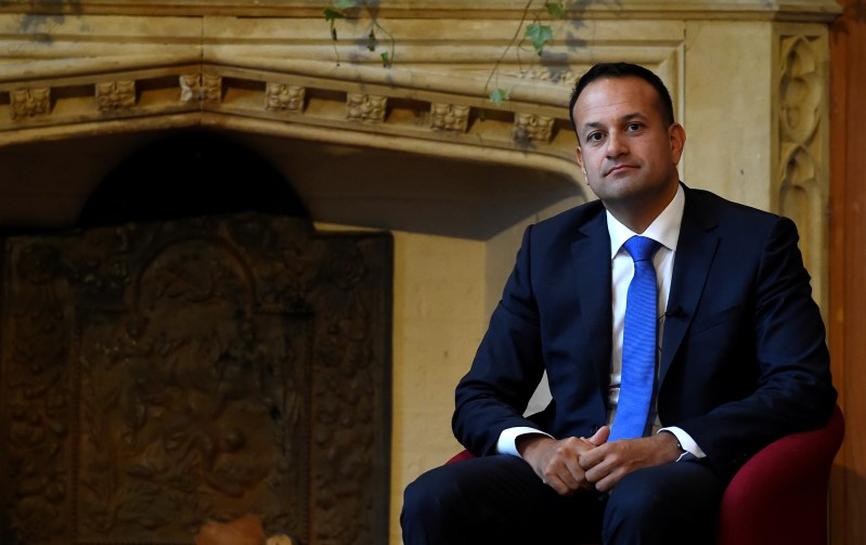 BELFAST (Reuters) – Irish Prime Minister Leo Varadkar attended a gay rights event on Saturday during his first official visit to Northern Ireland, upsetting some social conservatives in the only region of the United Kingdom where same-sex marriage is still illegal.

He said he was unable to attend the actual parade due to a prior commitment in Dublin.

His attendance was criticised by some members of Northern Ireland’s largest party, the socially conservative Democratic Unionist Party, whose 10 seats in the British parliament prop up the government of Prime Minister Theresa May.

The DUP has repeatedly blocked attempts to allow same-sex marriage despite opinion polls that indicate it is supported by a significant majority in Northern Ireland.

“I am not here to unsettle anyone, but I am here to show my support and the support of my government for equality before the law for all citizens no matter where they reside,” Varadkar told journalists on his way in to the event.

Asked about the prospects for legalising same-sex marriage in Northern Ireland, Varadkar said: “It is only a matter of time.”

Varadkar announced publicly that he was gay in a radio interview during Ireland’s same-sex referendum campaign in 2015. Same-sex marriage was legalised after two-thirds of voters in what was once one of Europe’s most socially conservative countries backed the change.

Saturday’s breakfast, in the The Northern Whig pub in central Belfast, was also attended by Michelle O’Neill, the regional leader of Northern Ireland’s largest nationalist party Sinn Fein, and by a number of gay rights activists from the Irish and Northern Irish police forces.

Several DUP members last week voiced concern about Varadkar’s plan to attend the event, with some suggesting it was inappropriate interference in the politics of a neighbouring country.

“Many unionists … will find it odd if he starts to interfere, as in some ways he already has done, in what is a social issue in Northern Ireland around the redefinition of marriage,” Nelson McCausland, a senior DUP party member and former minister in the Northern Ireland executive, told the Irish News newspaper last week.

There was no official statement from any senior DUP member on Saturday and the party did not immediately respond to a request for comment.

Varadkar’s visit comes a day after the British government for the first time ordered a rainbow gay rights flag to be flown above its main office in Belfast – Stormont House – to coincide with the Belfast Pride Festival.