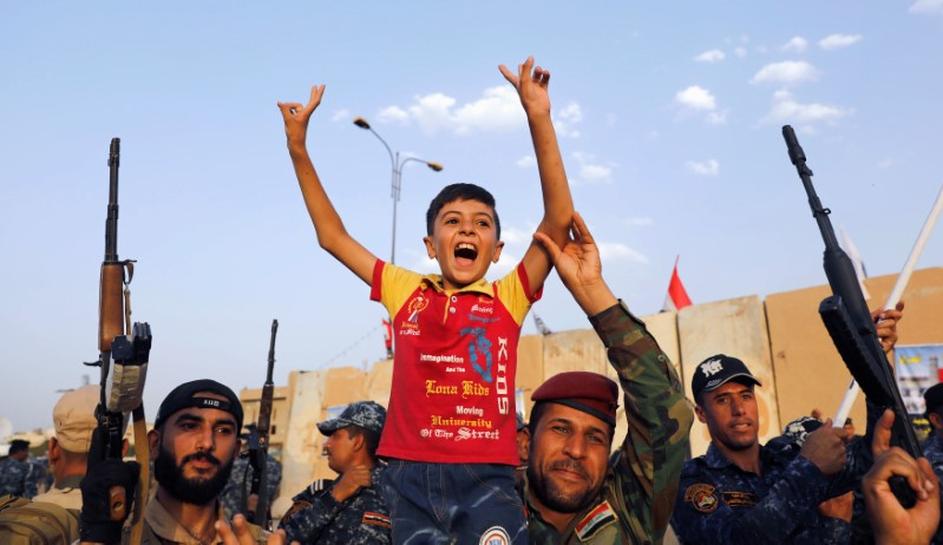 MOSUL, Iraq Islamic State fighters were battling to hold on to the last few streets under their control in the Old City of Mosul on Monday, in what looked like a hopeless last stand in their former stronghold.

In fierce fighting, Iraqi army units forced the insurgents back, cornering them in a shrinking rectangle no more than 300 meters (yards) wide and 500 meters long by the Tigris river, according to a map published by the military media office.

Smoke covered parts of the Old City, rocked by air strikes and artillery salvos through the morning.

The number of Islamic State (IS) militants fighting in Mosul has dwindled from thousands at the start of the government offensive more than eight months ago to a mere couple of hundred now, according to the Iraqi military.

Reaching the Tigris would give Iraqi forces full control over the city and is expected by the end of this week. Prime Minister Haider al-Abadi is expected to visit Mosul to formally declare victory, and a week of nationwide celebrations is planned.

Mosul is by far the largest city ever controlled by Islamic State. It was here, nearly three years ago to the day, that it declared the founding of its “caliphate” over parts of Iraq and Syria.

The city’s fall would mark the effective end of the Iraqi half of the caliphate, although the group still controls territory west and south of Mosul, where tens of thousands of civilians live.

The group is retaliating with suicide attacks in the parts of Mosul taken by Iraqi forces and elsewhere in the country.

A suicide bomber dressed as a veiled woman killed 14 people and wounded 13 others in a displacement camp west of the capital Baghdad on Sunday, security sources said. IS claimed responsibility.

A U.S.-led international coalition is providing air and

Thousands of people have fled the densely-populated Old City over the past 24 hours, state TV said.

But thousands more are believed trapped in the area with little food, water or medicine, and are effectively being used as human shields, according to residents who managed to escape.

Months of grinding urban warfare have displaced 900,000 people, about half the city’s pre-war population, and killed thousands, according to aid organizations.

Islamic State leader Abu Bakr al-Baghdadi has left the fighting in Mosul to local commanders and is believed to be hiding near the Iraq-Syrian border, according to U.S. and Iraqi military sources.

The group has moved its remaining command and control structures to Mayadin, in eastern Syria, U.S. intelligence sources have said.