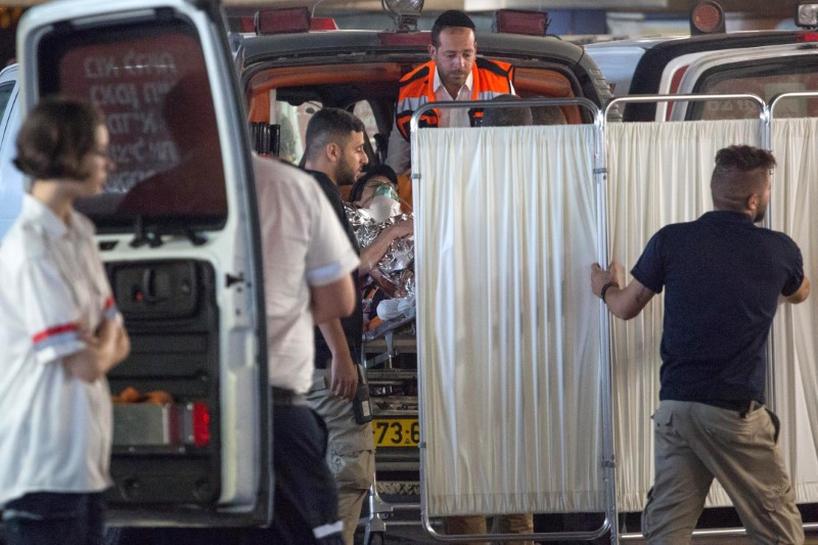 JERUSALEM (Reuters) – Israel sent extra troops into the occupied West Bank on Saturday and raided the home of the Palestinian attacker who stabbed to death three Israelis on Friday, the military said.

An Israeli military spokeswoman said security forces “surveyed the house of the assailant in the village of Khobar, searched for weapons and confiscated money used for terror purposes”.

“The brother of the assailant was also apprehended,” she said, adding: “Movement out of the village will be limited to humanitarian cases only.”

In Jerusalem, Israeli police said they used riot gear to disperse dozens of Palestinians who threw stones and bottles at them. Television footage showed police throwing stun grenades and using a water cannon to break up the crowd.

This followed the bloodiest spate of Israeli-Palestinian violence for years.

Three Israelis were stabbed to death on Friday while eating dinner in a settlement in the occupied West Bank.

Palestinian President Mahmoud Abbas ordered the suspension of all official contact with Israel until it removed the metal detectors at the site, where Muslims pray at Al-Aqsa mosque. He gave no details, but current contacts are largely limited to security cooperation.

Israel’s security cabinet was due to convene on Sunday and is expected to discuss alternative security measures that could be used to replace the metal detectors, according to two Israeli officials, who spoke on condition of anonymity.

The three Israelis stabbed to death and a fourth who was wounded were from the fenced-in West Bank settlement of Neve Tsuf. The attacker, Omar Alabed, who invaded their home, was shot and taken to a hospital for treatment, the military said.

Alabed posted a note on Facebook prior to the attack, writing: “I am going there and I know I am not going to come back here, I will go to heaven. How sweet death is for the sake of God, his prophet and for Al-Aqsa mosque.”

Israeli Defence Minister Avigdor Lieberman met with senior commanders in the West Bank to assess the situation and said the attacker’s home would be promptly demolished, in line with Israeli policy. He called on Abbas to condemn the attack, describing it as a “slaughter”.

Palestinian worshippers had clashed with Israeli security forces before Friday’s attack. Tensions had mounted for days as Palestinians hurled rocks and Israeli police used stun grenades after the detectors were placed outside the sacred venue, known to Muslims as the Noble Sanctuary and to Jews as Temple Mount.

The Palestinian Health Ministry said three Palestinians died of gunshot wounds in two neighborhoods of East Jerusalem, some distance away from the epicenter of tension. It later reported a third Palestinian fatality

Israel decided to install the metal detectors at the entry point to the shrine in Jerusalem about a week ago after the killing of two Israeli policemen stationed there.