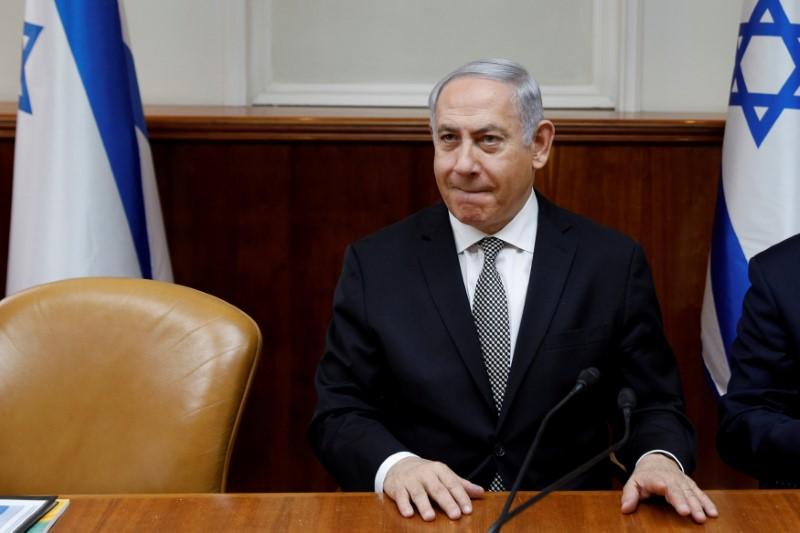 Along with two other corruption cases, in which Netanyahu is suspected of bribery, the probes announced in February pose a serious threat to the four-term prime minister’s political survival. Netanyahu denies any wrongdoing in all the cases.

In the newest investigation, known as Case 4000, police allege that the owners of Bezeq Israel Telecom provided favorable coverage of Netanyahu and his wife on a news website they controlled in return for favors from communications regulators.

The company has denied wrongdoing. (For a graphic on investigations of Netanyahu, click tmsnrt.rs/2iE4zAN)

A police spokesman declined comment on the report that the prime minister was questioned. A Reuters cameraman saw a vehicle carrying two police officers pull into the prime minister’s official residence on Friday morning.

Netanyahu’s wife Sara was also questioned at the same time as her husband, at a police station near Tel Aviv, her lawyer told Reuters. Sara Netanyahu’s interview took place under caution that she might be named as a suspect, the lawyer said.

Israeli media said the controlling shareholder of Bezeq Telecom, Shaul Elovitch, and Nir Hefetz, a former Netanyahu spokesman, were also being questioned. They are both in custody and have denied wrongdoing.

A representative for Elovitch had no immediate comment and Hefetz’s lawyer did not respond to a request for comment.

Shlomo Filber, a confidant of Netanyahu and former director general of the Communications Ministry, has also been arrested in connection with the case. Israeli media have reported that he has agreed to turn state’s witness.

About 70 protesters gathered outside the prime minister’s residence, demanding he step down.

“We want to see Netanyahu go to trial and, if needed, go to jail or go home. Let our people go free from all the corruption surrounding the government and the head of it,” said Shimrit Orr, 72, a writer, from Tel Aviv.

Some cars beeped their horns in support as they drove by.

“A prime minister under investigation cannot, and may not, take crucial decisions,” said Shuki Cohen, 63, an economist from Moshav Arugot.

The rightwing prime minister has been Israel’s dominant political figure for a generation, in power since 2009 and for 12 years in total since 1996. He calls the allegations against him a“witch hunt” and has said he will seek a fifth term in an election due in late 2019.

Police recommended in February that Netanyahu be indicted in two other corruption investigations. The attorney-general must determine whether to accept the police recommendation to charge him. The final decision on both cases could take months.

In one, known as Case 1000, he is suspected of bribery over gifts, which police say were worth nearly $300,000, that he received from wealthy businessmen.

The other, Case 2000, involves an alleged plot to win positive coverage in Israel’s biggest newspaper by offering to take measures to curtail the circulation of a rival daily.

So far, partners in Netanyahu’s governing coalition have stood by him, saying they are awaiting the attorney-general’s next moves. Political analysts say such support could erode if the investigations against Netanyahu intensify.

Netanyahu could also call a snap election to try to stall legal proceedings during the campaign and rally his right-wing power base behind him.