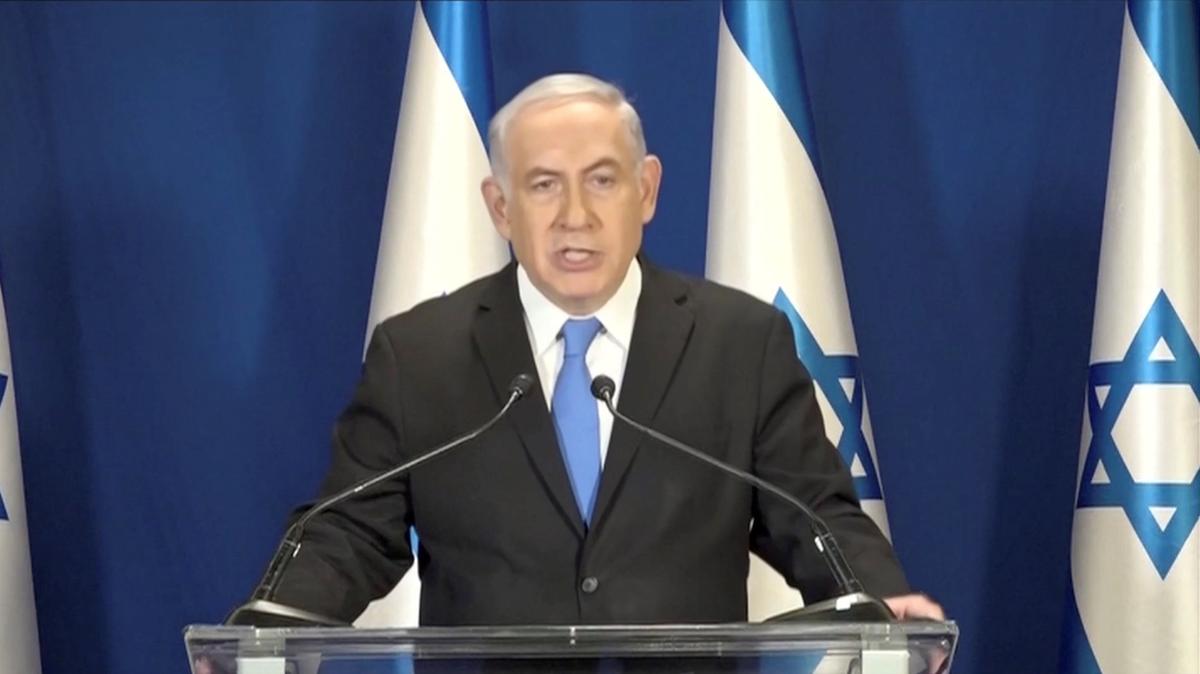 JERUSALEM (Reuters) – Israeli police on Tuesday recommended indicting Prime Minister Benjamin Netanyahu for bribery, opening the way for what could be the biggest challenge yet to the right-wing leader’s political survival.

Against the backdrop of Israeli flags in a televised speech at his residence, a somber Netanyahu called the allegations baseless and vowed to complete his fourth term in office.

It will be up to Israel’s attorney general to decide whether to file charges, a process that could take weeks if not months.

The recommendations, which police made public on Tuesday night, were at the more serious end of the range of charges that had been expected to be leveled against Netanyahu in two criminal investigations that have gone on for more than a year.

One of the cases, known as Case 1000, alleged the “committing of crimes of bribery, fraud and breach of trust by the prime minister, Mr. Benjamin Netanyahu.”

In a detailed statement, police named Arnon Milchan, a Hollywood producer and Israeli citizen, and Australian businessman James Packer, saying that for nearly a decade, from 2007 to 2016, they gave gifts that included champagne, cigars and jewelry to Netanyahu and his family.

In all, the merchandise was worth more than one million shekels ($280,000), the statement said. Any legal proceedings would likely focus on whether political favors were sought or granted.

Netanyahu’s lawyers said the presents were simply tokens of friendship.

Israel’s Channel 10 television quoted a lawyer for Milchen as saying that occasional gift-giving was devoid of any business interests. Packer could not immediately be reached for comment.

The second, Case 2000, also alleged “bribery, fraud and breach of trust by the prime minister” and by the publisher of the biggest-selling Israeli newspaper Yedioth Ahronoth, Arnon Mozes. The two men, police said, discussed ways of slowing the growth of a rival daily newspaper, Israel Hayom, “through legislation and other means”.

Netanyahu, who has denied wrongdoing, has been questioned several times by police since the start of 2017.

In his television appearance, minutes after police made their recommendations public, Netanyahu, 68, recounted his military service as a commando and said he had never sought personal gain from politics.

“I will continue to lead Israel responsibly and faithfully for as long as you, the citizens of Israel, choose me to lead you,” he said. “I am certain, I am certain, that the truth will be revealed, and I am certain that at the next elections, which will be held on schedule, I will earn your trust again, with God’s help.”

Israel is next scheduled to go to the polls in late 2019.

“Because I know the truth, I tell you … things will end in nothing,” Netanyahu said.

“We’re certainly aware of it, but we consider it to be an internal Israeli matter,” Nauert said.

Israelis have seen their leaders embroiled in legal trouble before. Last year, Ehud Olmert, prime minister from 2006 to 2009, was released from prison after serving 19 months of a 27-month sentence over a variety of corruption charges.