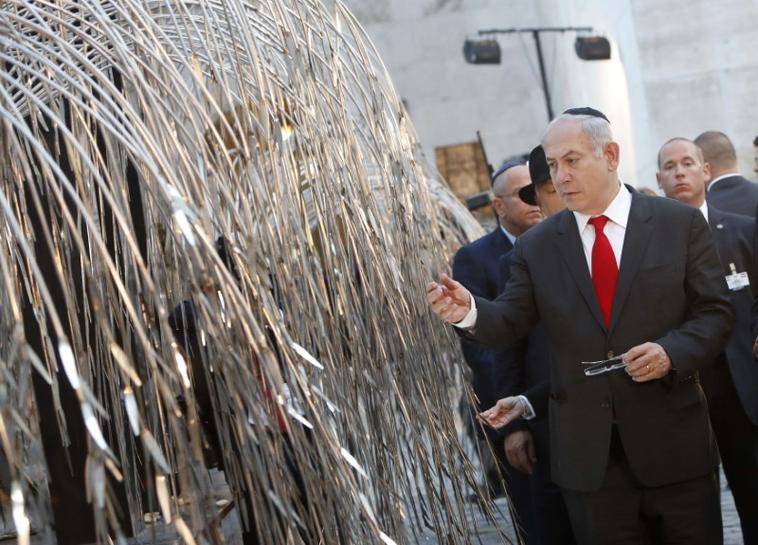 JERUSALEM (Reuters) – Israeli Prime Minister Benjamin Netanyahu on Wednesday said he believed that a $2 billion submarine deal with Germany will be signed after a police investigation into corruption allegations in the affair is completed.

A German government official said on Tuesday a signing ceremony for the deal had been put off, but gave no further details. The German Defence Ministry and Israeli Foreign Ministry have declined to comment.

“Matters will be cleared up and I believe the deal will go ahead,” Netanyahu said in Budapest in a briefing to Israeli reporters traveling with him on an Eastern European visit.

The 2016 deal has been under public scrutiny since it emerged that Netanyahu’s personal lawyer, David Shimron, also represented the local agent of the German conglomerate ThyssenKrupp Marine Systems set to build the vessels.

Netanyahu is not under investigation in the case but accused the Israeli media of trying to bring him down. He has been questioned in two other criminal cases and denies any wrongdoing in both.

“The onslaught of the media on the prime minister is of unprecedented proportions. You cannot claim innocence. False tales have been concocted and they are sinking into the abyss,” he told the reporters at the briefing.

One of the two other cases involves gifts from businessmen and the other focuses on alleged discussions Netanyahu held with a newspaper publisher on more favorable media coverage in return for curbs on competition from a rival newspaper.

The submarines affair involves not only Israel’s decision to buy three new subs from ThyssenKrupp, the supplier of Israel’s existing five-strong, nuclear-capable fleet, but also the purchase of four patrol ships.

Michael Ganor, a leading suspect in the Israeli investigation into the submarines deal, ThyssenKrupp’s representative in Israel, is considering giving evidence in the case to state prosecutors, Israeli media reported on Tuesday.

ThyssenKrupp said on Tuesday its own six-month investigation into Ganor had found “no concrete indications of corruption” but added that the results were provisional because the company could not carry out investigations in Israel.

“At the current moment in time, ThyssenKrupp is not the subject of German or Israeli investigations,” the company said in a statement. “Nevertheless, it is very important to us to get to the bottom of the allegations in Israel.”

It said it had offered cooperation to the Israeli and German authorities and was following developments “very closely”.