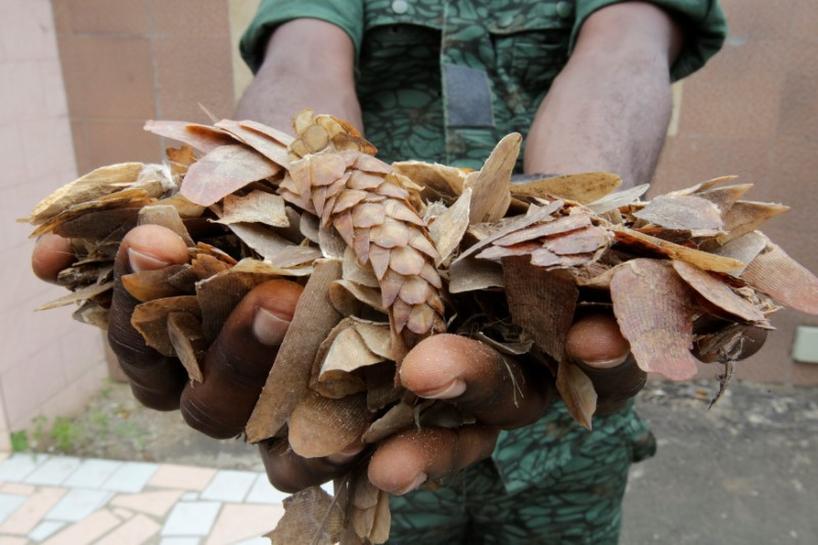 ABIDJAN (Reuters) – Ivory Coast has seized three tonnes of pangolin scales and arrested eight people for trading the valuable armor of the world’s most trafficked animal, a police chief said.

The small, armadillo-like mammal lives in forests in Ivory Coast and other West African countries. Global trade in pangolin scales is banned under a U.N. convention, but they are prized in some Asian countries for their use in traditional medicines.

Ivory Coast authorities apprehended the traffickers as they were preparing to deliver the pangolin scales to a Chinese client, the head of the anti-trafficking unit, Thimotee Gnahore, told reporters late on Thursday.

The haul was worth approximately 45 million CFA francs ($80,000) and was the largest ever seized in the West African country, he said.

Anti-trafficking network EAGLE estimated that more than 4,000 pangolins had been killed to produce that amount of scales.

“Investigations continue because behind this operation there are suppliers on the ground who massacre these animals, and then there are the people for whom these scales are important,” said Gnahore.

Pangolins are hunted for their meat as well as for the plate-like scales that cover their bodies.

Vaccines ‘encouraged’ but not compulsory for athletes at Tokyo Olympics: Coates
‘Not the right time’ for foreign minister to visit Myanmar, says Indonesia
Malaysian court halts Myanmar deportation after outcry
He couldn’t lose weight on his own. Then he opted for a surgery that’s gaining ground
Indonesia in ‘intensive’ talks with Myanmar military and opposition: Foreign minister