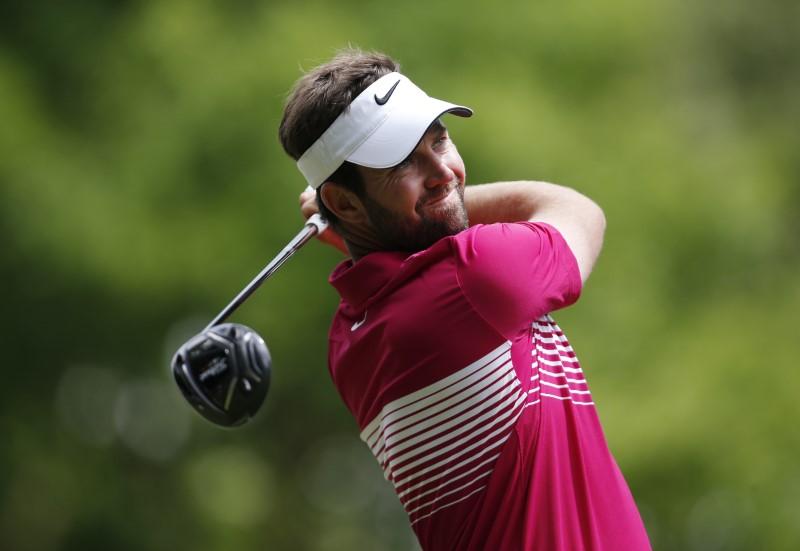 (Reuters) – Scotland’s Scott Jamieson shot a bogey-free seven-under-par 65, the best round on the day, to take a two-stroke lead over Spaniard Sergio Garcia and a trio of Englishmen after the second round of the KLM Open in Amsterdam on Friday.

The 35-year-old Jamieson, who has one European Tour title to his name, moved to 11-under overall and climbed eight places on the leaderboard after his seven birdies at The International course heading into the weekend.

The Scot leads a group including Garcia, overnight leader Callum Shinkwin and his compatriots James Morrison and Matthew Southgate who are all tied for second on nine-under.

Garcia, the 2017 Masters champion who is chasing his 16th win on the European Tour, moved up seven spots as he signed for a five-under 67, which included six birdies offset by a bogey on the par-four sixth.

Shinkwin was undone on the front nine when he bogeyed the sixth and the ninth holes to finish on 69, while Morrison, who had claimed the clubhouse lead earlier on Friday, carded 67.

England’s Sam Horsfield and 18-year-old Dane Nicolai Hojgaard were tied for sixth at eight-under overall after carding scores of 69 in the second round.

Reporting by Rohith Nair in Bengaluru; Editing by Ken Ferris