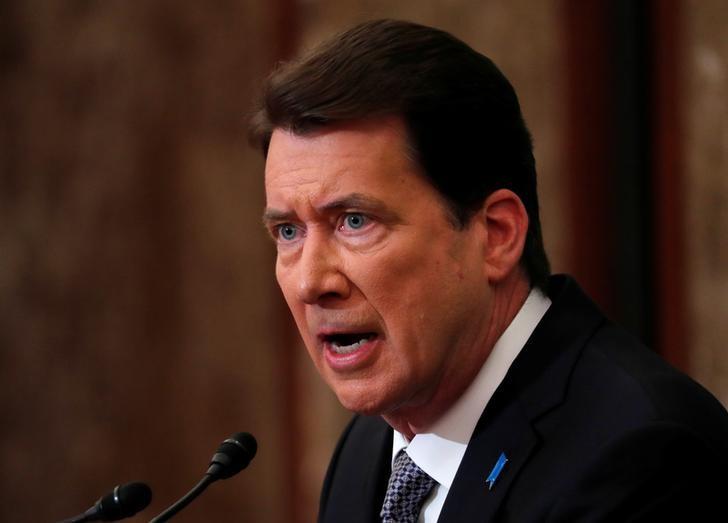 TOKYO (Reuters) – Japan and the United States next week will start to discuss a framework of negotiations with the aim of concluding a trade pact and fixing bilateral trade imbalances, Japanese public broadcaster NHK quoted the U.S. ambassador to Japan as saying.

“Our national security partnership is deep and growing stronger every day, and we need to see our economic partnership continue to strengthen in the same direction,” U.S. envoy William Hagerty said in the news programme aired on Friday.

“We will be able to settle on a specific framework to move forward. I think certainly by the spring of 2018 we’ll see forward progress and momentum,” he said.

Working-level officials from the U.S. Trade Representative’s office will visit Tokyo next week, he added.

Japan has shown little interest in pursuing a free trade agreement (FTA) with the United States, preferring instead to push for a modified version of the Trans Pacific Partnership (TPP) after President Donald Trump pulled the U.S. from the pact.