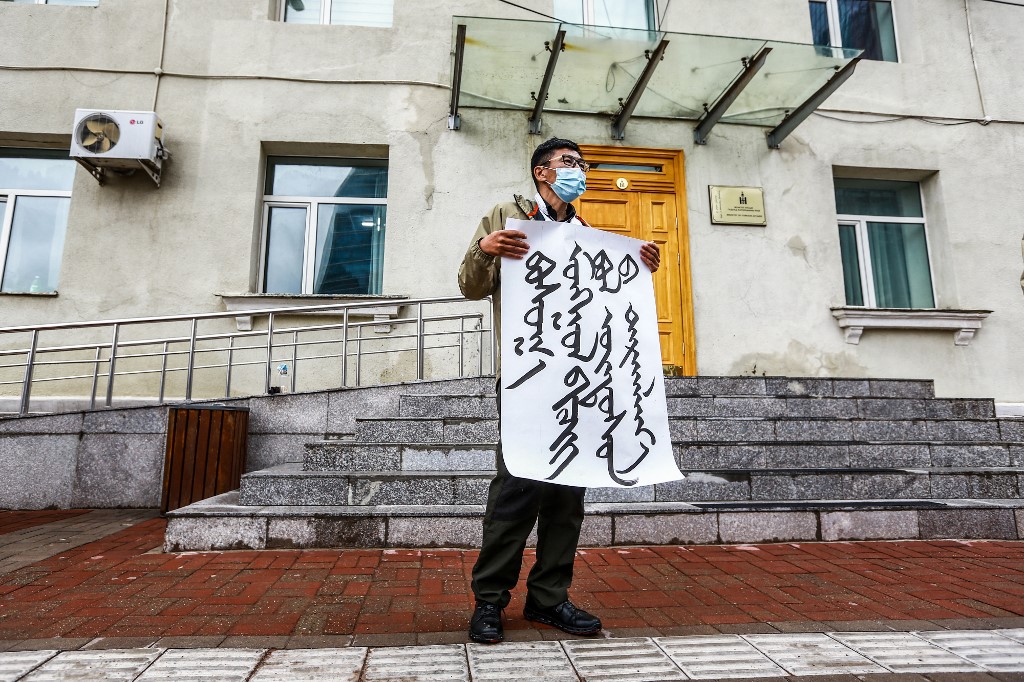 The alliance will be headed by Sanae Takaichi, a former internal affairs and communications minister, with fellow members of the Liberal Democratic Party (LDP), the report said.

The cross-party Parliamentary Alliance in Support of Southern Mongolia will aim to “protect the language and culture of Mongolians in China,” which is being threatened by the assimilation policies of the ruling Chinese Communist Party (CCP), the report said.

Temurlun, an ethnic Mongolian currently living in Japan, said the move was a huge boost to ethnic Mongolians from China’s northern region of Inner Mongolia, which is referred to by rights activists as Southern Mongolia.

“The … alliance established by the Japanese parliament today is hugely encouraging for Southern Mongolians in exile,” Temurlun told RFA.

He said the CCP is trying to “extinguish” traditional nomadic Mongolian culture within China’s borders.

The launch of the alliance comes after Japanese lawmakers held a seminar earlier this month on how best to protest Mongolian language and culture in China.

According to Japan-based Mongolian Khubis, the former president of the independent country of Mongolia, which borders China’s Inner Mongolia, also put forward suggestions to Japanese lawmakers.

“They were influenced by the response they got from a large number of Japanese members of parliament, but also by what was going on in Xinjiang and Hong Kong,” Khubis said.

“That’s why they set up [this] alliance.”

“Japanese lawmakers have been taking the persecution and abuse of human rights by the Chinese government much more seriously [lately],” Xi said.

He said policies implemented from August 2020 by the CCP to phase out Mongolian-medium teaching in the region’s schools — a move that prompted regionwide mass protests and school boycotts — had been the main catalyst for the alliance.

“Last year we saw cuts to Mongolian-medium teaching, and the lawmakers formed this alliance on their own initiative after many deliberations and much research,” Xi said.

Yang Haiying, a professor at Shizuoka University in Japan, said Japan feels a particular affinity with Inner Mongolia, because parts of the region used to be Japanese colonies.

“This is similar to the U.K.’s constructive intervention in Hong Kong … it is a just use of nationalism,” Yang said.

According to the New York-based Southern Mongolia Human Rights and Information Center (SMHRIC), the CCP is stepping up policies of “cultural genocide” in the northern region of Inner Mongolia.

The region’s viewers are currently being bombarded with political advertisements about “national unity” and “ethnic harmony,” while Mongolian-language content was being replaced with programming about majority Han Chinese culture, the group said in a report last month.

Meanwhile, ethnic Mongolian adults are being targeted by Chinese language-learning campaigns, with new programs teaching Mandarin being broadcast in the region since December 2020.

The phasing out of Mongolian-medium teaching came as the National People’s Congress (NPC) ruled that “minority language-medium education is unconstitutional,” the People’s Daily reported in March.

The ruling apparently replaces a clause in Article 4 of the constitution, which once stated: “All ethnicities have the freedoms and rights to use and develop their own spoken and written languages and to preserve or reform their own folkways and customs.”

It has paved the way for a further purge of any historical or cultural material from classrooms linked to traditional Mongolian culture.

The regional government has barred a number of Mongolian history textbooks from classrooms after they were found to “overemphasize the identity of certain ethnic groups while underemphasizing Chinese nationality and common identity,” according to a statement posted on the government’s website and cited by SMHRIC.

SMHRIC also cited statements from parents as saying that no mention of Mongolian culture is currently allowed in schools, and even ethnic Mongolian kindergarteners are being taught in Mandarin rather than the Mongolian language, as was previously the case.

Khubis has previously said the move could be linked to plans by the government of the independent Republic of Mongolia to return to the flowing Mongolian script that was taught to Chinese children in elementary schools until recently.

Mongolia had previously written the language using the Cyrillic alphabet, but is now planning to move away from that relic of Soviet occupation, meaning that content written in Mongolia could soon easily be read by ethnic Mongolians across the border in China, bolstering a sense of ethnic and cultural identity.