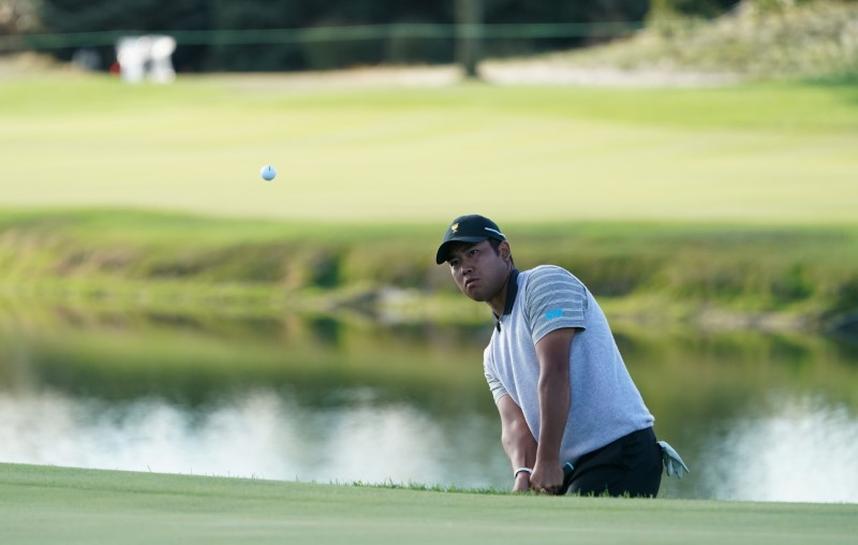 Trump will visit Japan from Nov. 5-7 for a five-nation Asia tour and the game with Matsuyama has been scheduled on the first day at the Kasumigaseki Country Club in Kawagoe near Tokyo.

Matsuyama said he felt undeserving when he was contacted but accepted the surprise request to tee off with the two world leaders as it was a “once-in-a-lifetime” opportunity.

“I wasn’t sure if I’d be good enough,” Matsuyama was quoted as saying by Kyodo news agency.

“I hope to have fun so that it will be engraved in my memory. I’ll do my best not to lose (against Trump),” added the 25-year-old, who is in Shanghai for the WGC-HSBC Champions tournament at the Sheshan International Golf Club.

Trump, an avid golfer and owner of several courses around the world, has previously played rounds with Tiger Woods, Rory McIlroy and women’s world No. 3 Lexi Thompson.

Earlier this year, McIlroy said that he would “think twice” before accepting a second invitation to play with Trump after receiving criticism.

Reporting by Shrivathsa Sridhar in Bengaluru; Editing by Christian Radnedge