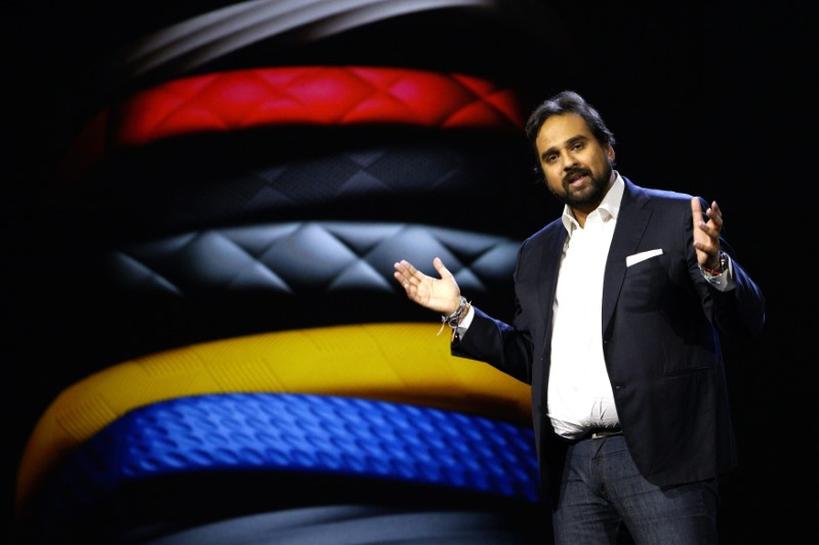 SAN FRANCISCO Consumer electronics company Jawbone had more than enough money to take on Fitbit and other health-tracking devices in the “wearables” market.

That may have ended up being its biggest problem.

Ultimately, all that money couldn’t save San Francisco-based Jawbone, which began liquidating proceedings in June after its fitness-tracker product failed to take off. It now ranks as the second largest failure among venture-backed companies, based on total funding raised, according to the research firm CB Insights.

Jawbone’s fall after raising more than $900 million provides a stark example of how the flood of cash pouring into Silicon Valley can have the perverse effect of sustaining companies that have no future, technology executives and financiers say.

The irony is Jawbone could have been a suitable acquisition target some years ago, these people say, had it just kept its valuation lower by raising less money from venture capital and sovereign wealth funds.

“They are basically force-feeding capital into these companies,” said Sramana Mitra, a tech entrepreneur and consultant, and founder and CEO of startup accelerator One Million by One Million. “I expect there will be a lot more deaths by overfunding.”

The Jawbone case also underscores the risks that non-traditional startup investors such as sovereign wealth funds face as they ramp up investments in Silicon Valley. The Kuwait Investment Authority led a $165 million investment in Jawbone just last year, when its prospects had already dimmed to the point that most of its original investors were unwilling to put up new funding.

These funds, which mange funds of hundreds of billions of dollars, invested $12.7 billion in private tech companies last year, up from $2.2 billion the year before, according to CB Insights.

Startup failures are not uncommon, but a billion-dollar company that has raised huge pools of money going belly up remains a rarity. Jawbone ranks behind the solar technology company Solyndra, which became the largest failure among venture-backed companies when it filed for bankruptcy in 2011.

Other recent big-dollar failures include used car marketplace Beepi, which closed after raising about $150 million.

“Everyone is trying to find a way to play in the tech economy,” said Rich Wong, a partner with Accel venture firm. “It’s inevitable” that there will be big-ticket failures.

But the Jawbone situation could give pause to investors considering nine-figure investments in unproven firms, say venture capitalists.

Since Jawbone’s “downround” last year, a number of other startups – including human resources software firm Zenefits, food subscription company HelloFresh and ride service Ola – have had their valuations slashed because of poor performance and waning investor enthusiasm, contributing to heightened caution in the startup industry over the last several months.

The quarterly number of startup financing deals continues to drop from its high in 2015, although with so much cash, investors aren’t shy to write large checks for the select companies they believe will succeed. Ride-services firm Lyft, for instance, raised $600 million in April.

Jawbone’s liquidation was first reported last week by technology news site The Information and independently confirmed by Reuters. A spokesman for Jawbone declined to comment. Co-founder and chief executive Hosain Rahman did not respond to email from Reuters, and its VC investors declined to comment.

Alex Asseily, Jawbone’s co-founder who resigned as board chairman and director in January 2015, told Reuters “it’s saddening to see Jawbone end this way.”

Jawbone launched in 1999 under the name AliphCom. It cycled through several products, including Bluetooth headsets and speakers, and in 2011 landed on stylish wearable devices to track exercise, sleep and other health data.

Along the way, Jawbone burned through more than $500 million in equity and raised more than $400 million in debt, the lion’s share from BlackRock, according data provider PitchBook Inc. But the company barely made a dent in the wearables market, with well below five percent market share, and was vastly outperformed by Fitbit, Samsung and others, according to analyst Jitesh Ubrani of International Data Corp.

Then, in 2016, the Kuwait Investment Authority (KIA) invested in Jawbone for the first time, leading a $165 million round that halved Jawbone’s valuation to $1.5 billion. The KIA did not respond to requests for comment.

Sovereign wealth funds from the Middle East and Asia have in recent years become far more active in investing directly in start-ups, rather than simply investing in venture capital funds.

Saudi Arabia’s Public Investment Fund and the Qatar Investment Authority, for instance, both have big stakes in Uber.

Because they have so much more money than traditional venture firms and are less experienced as tech investors, sovereign wealth funds are often called upon to co-invest or lead a risky funding round, say people who invest alongside these foreign funds.

Such large fundraising rounds can “create this artificially bloated valuation that doesn’t compute with the revenue,” Mitra said.

They can also be a false signal to investors, who often look at how much money a company has raised as a signal of its success, when “in fact, it’s the opposite,” said Rebecca Lynn, a partner at Canvas Ventures.

Jawbone tried to sell itself in 2016, but was unable to find a buyer, according to investors with knowledge of the matter. It has been sued by vendors who allege the company owes them hundreds of thousands of dollars.