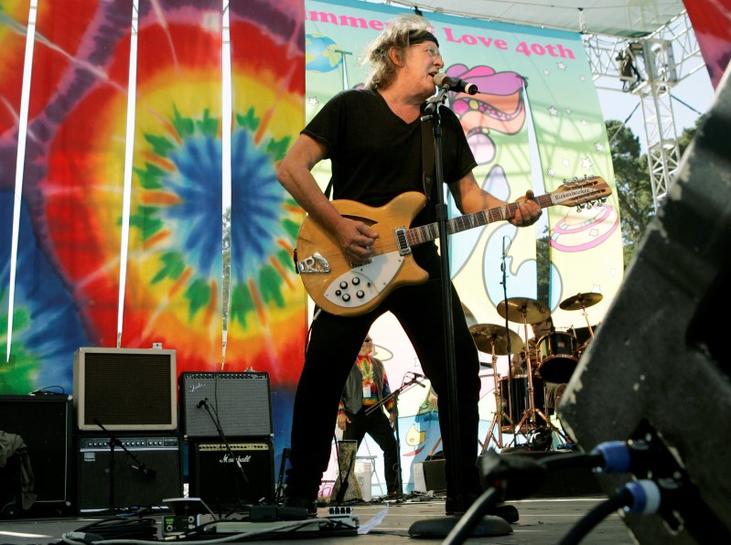 (Reuters) – A founding member of Jefferson Starship may pursue part of his lawsuit seeking to stop former bandmates from using the rock group’s name, a federal judge ruled on Friday.

U.S. Magistrate Judge Maria-Elena James said the guitarist Craig Chaquico may pursue a breach of contract claim against David Freiberg, Donny Baldwin and other musicians for performances and merchandising since January 2016, when co-founder Paul Kantner died.

The San Francisco-based judge also dismissed Chaquico’s claim for earlier alleged contract breaches, and a trademark claim over the use of his likeness.

David Swift, a lawyer for Chaquico, in an email said he was pleased his client can pursue his “core” claim.

“It is important to Mr. Chaquico to protect the legacy of Jefferson Starship by preventing unauthorized bands, like defendants in the case, from using the iconic name,” he said.

A lawyer for the defendants did not immediately respond to requests for comment.

According to court papers, members of Jefferson Starship agreed to retire the name in 1985 after Kantner left.

Eight years later, Chaquico allowed Kantner, “and only Kantner,” to use the name in connection with live performances and merchandise, the complaint said.

James said that when Freiberg and Baldwin later joined Kantner’s revamped Jefferson Starship lineup, their use of the name was “related to Kantner’s use,” but this ended after his death.

In dismissing the trademark claim, the judge said Chaquico failed to show how the public, and especially fans “more likely to be familiar with the history of Jefferson Starship and its multiple iterations,” would be confused about his involvement.

The band was an outgrowth of Jefferson Airplane, which was founded in the 1960s and is remembered for now-classic songs such as “Somebody to Love” and “White Rabbit,” which featured singer Grace Slick.

In the mid-1980s, following Kantner’s departure, it evolved into Starship, where Slick and singer Mickey Thomas were featured on the No. 1 hits “We Built This City” and “Nothing’s Gonna Stop Us Now.”