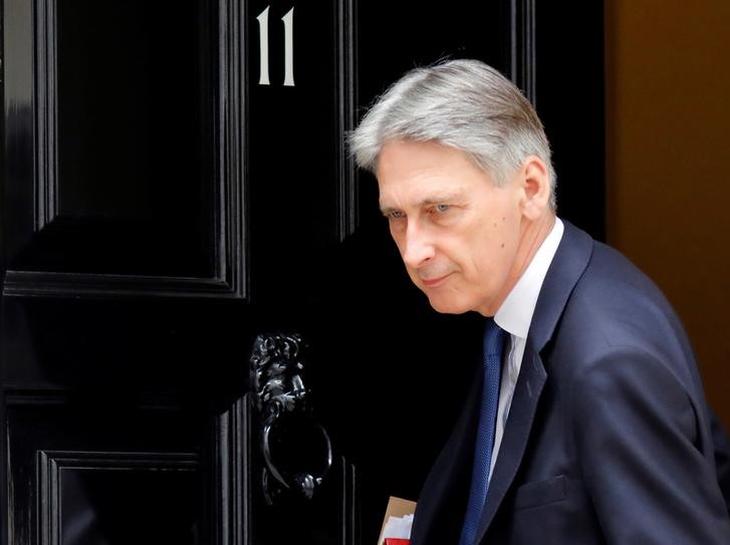 LONDON (Reuters) – An ally of Foreign Secretary Boris Johnson has criticised the Brexit transition plans of Chancellor of the Exchequer Philip Hammond, a newspaper said, in the latest sign of tensions within the government over how Britain should leave the European Union.

Gerard Lyons, a former economic adviser to Johnson when he was London mayor, described concern about a “cliff-edge” Brexit as “alarmist talk” similar to the fear of the Y2K bug threat to computers at the turn of the millennium.

Lyons also said a transition period, between Britain leaving the EU in 2019 and the start of its new, long-term relationship with the bloc, should last for no more than two years, the Sunday Telegraph reported.

Hammond said on Friday the transition could last for up to three years.

“Many of the ‘risks’ being highlighted about Brexit are perceived risks, not real risks. And a two-year transition would alleviate many concerns,” the Sunday Telegraph quoted Lyons as saying in a column he wrote for the newspaper.

Hammond has led a push within the government to secure a business-friendly Brexit that avoids a sudden change in 2019 in the relationship between Britain and the EU, which buys nearly half the country’s exports.

A growing number of other ministers have said they agree with the need for a transition period but Johnson – who has advocated a tough approach to the Brexit negotiations – has been silent on the issue recently.

Late on Friday, Hammond and Johnson issued a joint statement saying they were “working together to take the UK out of the EU” and its single market, customs union and the jurisdiction of the European Court of Justice. But the statement made no mention of transitional arrangements.