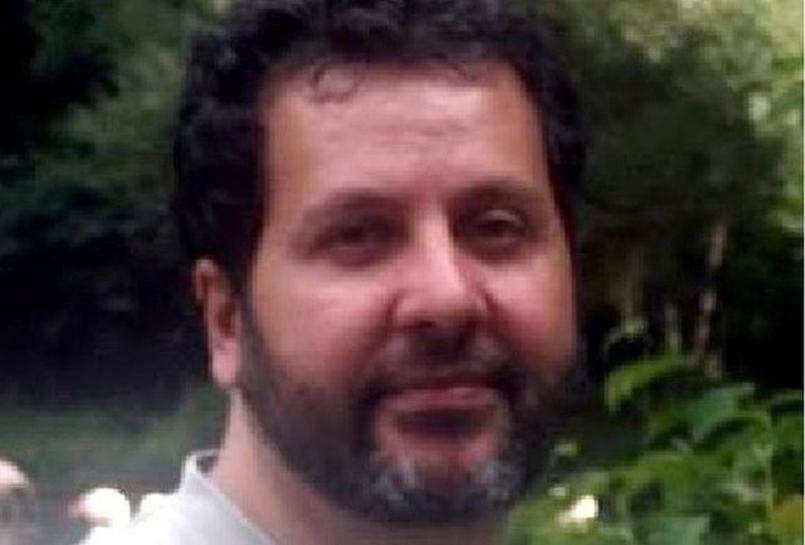 FLINT, Mich. A federal judge entered a not guilty plea on Wednesday on behalf of a Canadian man charged with stabbing a Michigan airport police officer in an attack federal investigators are probing as an act of terrorism.

Amor Ftouhi, 49, of Montreal, was indicted on charges of committing an act of violence at an international airport and interference with airport security. The charges carry a maximum penalty of up to life in prison and $500,000 in fines.

Ftouhi was previously charged with stabbing officer Jeff Neville at the Bishop International Airport in Flint on June 21. Neville survived the attack.

Ftouhi’s attorney, Joan Morgan, said during the brief hearing at the federal courthouse in Flint that her client would “stand mute,” meaning he would not enter a plea, so U.S. Magistrate Judge Stephanie Dawkins Davis entered the not guilty pleas for him.

Ftouhi, shackled and wearing a white T-shirt and orange pants, chanted in Arabic “Allahu akbar” (“God is greatest”) four times as he entered the courtroom on Wednesday afternoon and spoke again only to acknowledge he understood the charges and possible prison sentence he faced.

Morgan and prosecutors did not speak to reporters after the hearing. The case was assigned to U.S. District Judge Linda Parker, but no future hearings were scheduled.

Ftouhi has been held in detention at an unspecified location since his arrest.

Ftouhi’s attorney, Joan Morgan, said at the time that her client was not seeking bond because of an immigration hold that would bar Ftouhi from being freed even if bail was granted.

Ftouhi legally entered the United States at Lake Champlain, New York, on June 16 before making his way to Flint, the Federal Bureau of Investigation said. Officials said Ftouhi targeted a city with an international airport, but declined to say why Flint was chosen.

According to a criminal complaint, Ftouhi yelled “Allahu akbar” before stabbing Neville. He also said something to the effect of “You have killed people in Syria, Iraq and Afghanistan, and we are all going to die,” the complaint said.

Ftouhi attempted to buy a gun before the attack, but was unable to do so, the FBI said. The 12-inch (30.5 cm), serrated knife he used in the attack was bought in the United States, the FBI said.

Indonesian consumers show growing confidence for first time in a year: Central bank survey
Amid opposition, Japan PM says he has ‘never put Olympics first’
Jail for man who pretended to rent condo unit that was later used by sex worker instead
4 new COVID-19 cases, including Grab driver, test ‘preliminarily positive’ for B1617 variant from India
Malaysia to be placed under another nationwide MCO from May 12: PM Muhyiddin