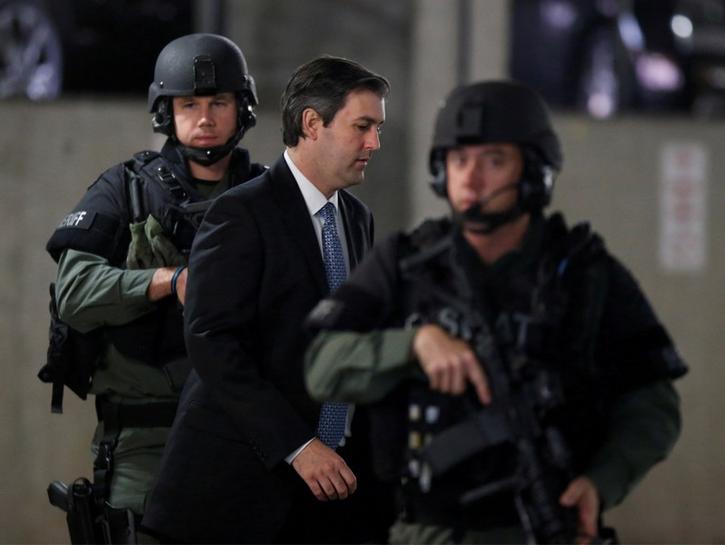 CHARLESTON, S.C. (Reuters) – A U.S. judge on Monday will begin hearing evidence on whether a former South Carolina policeman caught on video shooting an unarmed black man in the back should spend the rest of his life in prison for a crime that many say exemplified racist law enforcement.

Michael Slager, a 36-year-old white man, pleaded guilty in May to a civil rights charge of using excessive force when, as a North Charleston police officer, he killed 50-year-old Walter Scott in 2015.

As a result of his plea agreement, prosecutors dropped two other federal charges and the pending state murder charge against him. A state trial last fall ended with a hung jury.

After Scott had fled a traffic stop, Slager fired eight shots at his back on April 4, 2015, hitting him five times.

Cellphone video of the shooting by a bystander was widely seen, and the case drew national attention, exacerbating concerns about how police treat minorities in cities across the United States.

In a hearing that opens on Monday in U.S. District Court in Charleston, prosecutors are expected to argue that Slager committed second-degree murder, punishable by life in prison, according to sentencing guidelines. He showed malice, obstructed justice by moving his stun gun closer to Scott’s body after the shooting and lied to investigators, they have said.

Slager’s lawyers have said his underlying offense was voluntary manslaughter under the law, punishable by 10 to 13 years in prison, according to federal sentencing guidelines. The officer feared for his life when Scott took his stun gun during a struggle, they said.

Defense lawyer Andy Savage said the government was using his client as a scapegoat. “They saw the video,” he said. “They thought they had their exemplar.”

“You’ve got to send an example to the whole nation that this kind of stuff can’t happen,” he said in a phone interview.

Anthony Scott, the deceased man’s brother, said by phone that his family was weary after 2-1/2 years of court proceedings, pointing out that the officer pleaded guilty.

“If it had been a regular citizen, this process would be over already,” he said. “Being as it’s a police officer, they have that get-out-of-jail-free card they can use to say: ‘I felt like my life was threatened.’”