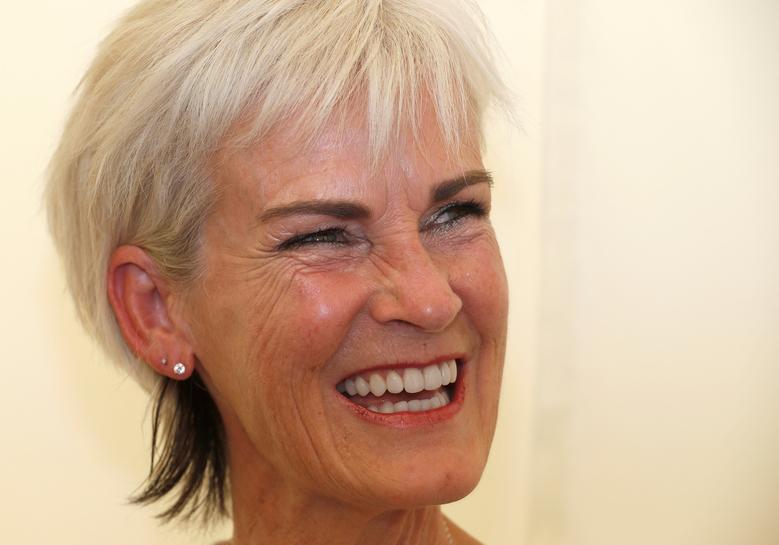 But the road to success has been a hard trek from a remote rainswept town in which the Murray matriarch struggled to juggle childcare responsibilities with that of scraping together pennies to nurture her sons’ promising tennis careers.

Add in the ingrained sexism and belittlement she faced from Britain’s sporting establishment, the challenges could be never ending.

Her goal was to find a way to fulfil her sons’ potential, rather than tournament success.

“It was always more about say ‘they’re good 10 year-olds, let’s see what they can do next’,” the 57-year-old told Reuters in an interview.

Judy, the winner of 64 Scottish tennis titles and Britain’s former Fed Cup captain, coached both her sons until they were about 11 and 12 on a shoestring budget.

Those humble beginnings have served her sons well as Andy has captured three grand slam trophies and two Olympic gold medals, while Jamie, a year older, has won a number of major men’s and mixed doubles titles.

Their mother learned to teach and motivate children on the ground, providing coaching she feels was previously lacking in British tennis, especially for girls.

“When I was learning how to coach there was no manual and no one to tell you how to do it,” she said.

Mostly she taught using creative play, tapping into her sons’ love of all sport from before they could walk.

As for tennis: “Their first court was two chairs and a piece of rope in the driveway,” she writes in her memoir, “Knowing the Score”, which has just been published.

Judy would raise money for equipment, coaching and tournaments by organising fund raisers at her local tennis club in Dunblane, attracting youngsters by making sure it was fun.

“YOU WOULD SAY THAT, JUDY”

When her charges started to win, she continued to face persistent belittlement and received the cold shoulder from her peers.

Judy Murray speaks during an interview at the Edinburgh Book Festival, in Edinburgh, Scotland, August 15, 2017. Photograph taken on 15, 2017.Russell Cheyne

Even when Andy won the 2004 U.S. Open junior title, she was refused funding help by the Scottish Institute of Sport performance director who told her they were “not interested in junior grand slam champions.”

The attitude from sports’ authorities when she tried to get backing to develop facilities and players was “a sense of ‘well, you would say that, Judy'”.

“We were still skint, still trying to persuade governing bodies that a kid from Scotland could be a proper tennis champion, and I was still battling the perception that I was not much more than a really pushy mum,” added Judy.

The chief executive of the Lawn Tennis Association once said to her: “Goodness, you’re taking this all a bit seriously, aren’t you?”

She describes dozens of battles with tennis authorities, who she says have yet to ask about her role in the Murray brothers’ careers.

“I do have 25 years of coaching experience from starting as a volunteer mum to the top of the women’s and men’s game and every single step in between,” she said, describing her work around the country to promote junior tennis and train coaches.

“Nobody has come to me and said to me “What do you need and how can we help you to do it again — not that I would want to,” she said, calling for investment in more indoor facilities to open the game up to young and less privileged players.

“But I can share that with anyone who wants to learn.”