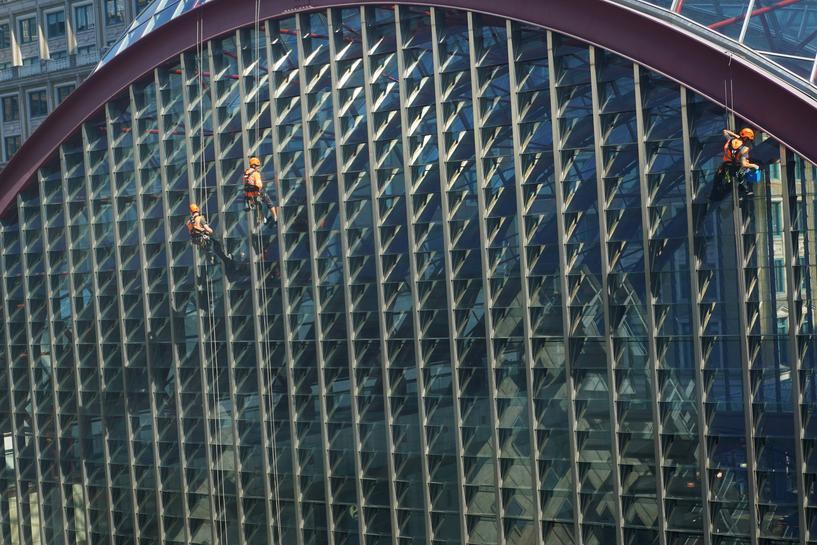 LONDON (Reuters) – British workers saw their pay fall further behind inflation in the three months to May even as the unemployment rate hit a new 42-year low.

Official figures on Wednesday will have complicated the debate among Bank of England officials over the need for higher interest rates.

Sterling bounced higher against the dollar, after data showed that the unemployment rate in the period between March and May fell to its lowest since 1975 at 4.5 percent, below the average forecast of 4.6 percent in a Reuters poll of economists.

But lackluster wage growth also showed the challenge facing Prime Minister Theresa May and her minority government, with growing signs that households are feeling the strain of rising prices since last year’s Brexit vote.

The Office for National Statistics said pay including bonuses, adjusted for inflation, fell by 0.7 percent in the three months to May compared with a year earlier — the sharpest drop since mid-2014. Excluding bonuses, it fell 0.5 percent.

In nominal terms, total earnings rose by an annual 1.8 percent, the weakest increase since the three months to November 2014 and compared with 2.1 percent in the period to April. This was in line with the Reuters poll consensus.

Inflation hit an almost four-year high of 2.9 percent in May, official data showed last month, a bigger increase than economists had expected.

“All of this suggests that a 2017 rate hike from the Bank of England still looks unlikely, particularly in light of the dovish comments from Broadbent this morning,” said James Smith, an economist at Dutch bank ING.

Broadbent said his caution stemmed in part from uncertainty in businesses about the outlook for Brexit – something that is putting the British government’s creditworthiness under strain, ratings agency Moody’s said on Tuesday.

But some economists said the very low unemployment rate was likely to raise concerns among other BoE policymakers — some of whom have voted for a rate hike — that the economy is running at full capacity and that wage growth could soon take off, pushing inflation higher.

The central bank is watching wage growth closely as it gauges whether the increase in inflation is creating longer-lasting pressure on prices. It expects wages to rise by 2 percent this year before picking up in 2018 and 2019.

The health of the labor market is also a big political issue in Britain.

On Tuesday Prime Minister Theresa May pledged more help for “gig economy” workers. This part of the workforce has been growing, which partly explains why average wage growth has been so poor despite record employment.

“The important thing for us is job churn and we’re hopeful that there might be the beginnings of some salary inflation and that will help the job market, which has really been frozen for the better part since 2009,” Alan Bannatyne, chief financial officer at recruiter Robert Walters (RWA.L), told Reuters.

The number of people in work rose by 175,000 in the three months to May, taking the employment rate to a record high of 74.9 percent, the ONS said.