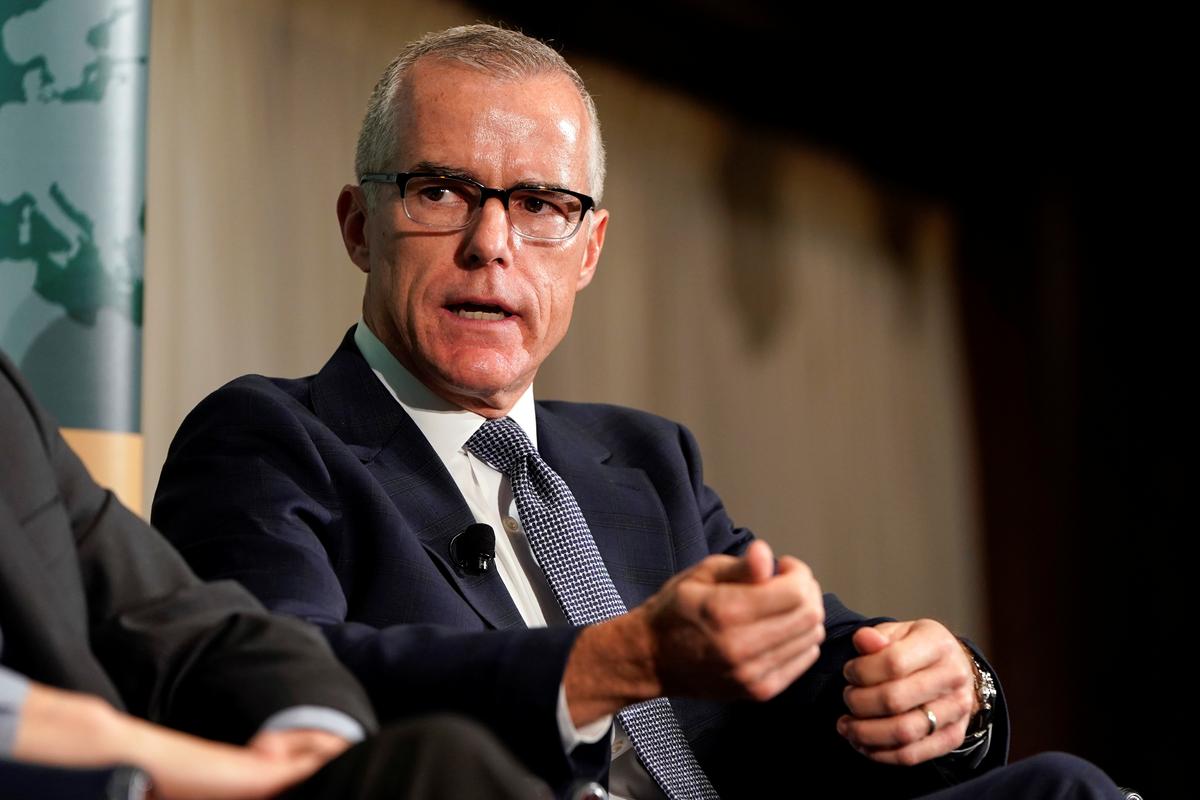 WASHINGTON (Reuters) – The U.S. Justice Department is closing its criminal investigation into whether former FBI Deputy Director Andrew McCabe lied to investigators about his communications with the media, without bringing any charges against him, his attorneys said in a statement on Friday.

In a letter his lawyers also released from the U.S. Attorney’s office in Washington, prosecutors said that “based on the totality of the circumstances and all of the information known to the government at this time, we consider the matter closed.”

The extraordinary announcement comes just days after prosecutors from the same office that investigated McCabe withdrew in protest from another case against U.S. President Donald Trump’s political ally Roger Stone, after senior Justice Department officials abruptly intervened to scale back their sentencing recommendations to the judge.

McCabe, who was fired from his post by former Attorney General Jeff Sessions in March 2018, has often been a punching bag for Trump, and the department’s decision not to charge him is only likely to stoke Trump’s ire.

Earlier this week, Trump abruptly yanked the nomination of former U.S. Attorney for District of Columbia Jessie Liu for a new top job overseeing sanctions at the Treasury Department.

Liu previously oversaw both the McCabe investigation and the Stone case.

A lifelong Republican who worked at the FBI for 20 years, McCabe played a crucial role in the bureau’s investigations of Democratic presidential candidate Hillary Clinton and Russian interference in the 2016 U.S. election.

In campaign speeches, interviews and tweets, Trump has accused McCabe of conflicts of interest because his wife Jill McCabe, a Democrat, received donations for an unsuccessful 2015 Virginia state senate campaign from a Clinton ally.

McCabe was fired just hours before he was due to retire, after the department’s internal watchdog issued a report saying he misled investigators from the Inspector General’s office who were trying to determine whether he had improperly shared information with a news reporter during the 2016 presidential election.