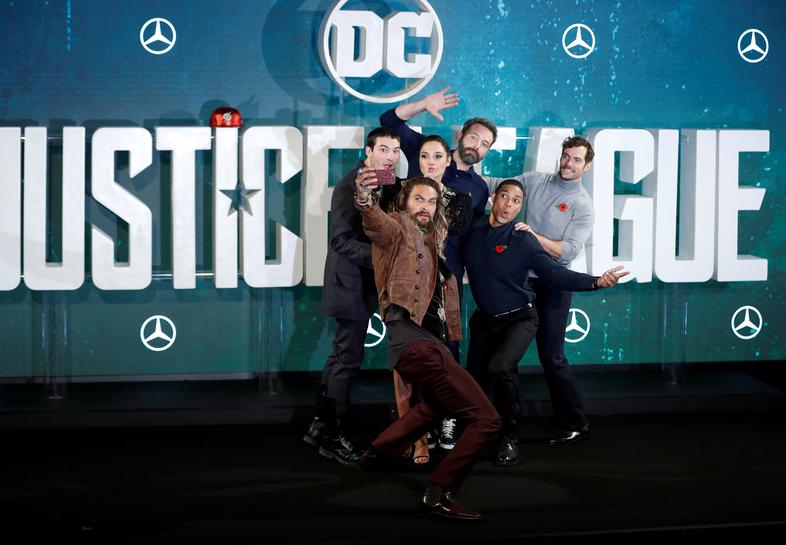 LONDON (Reuters) – Saving Metropolis and Gotham City from the clutches of super-villains might be enough pressure for the average caped crusader but the cast of the forthcoming “Justice League” film also face another equally-terrifying foe: film critics.

The film is the latest installment from the DC comics stable of super-heroes – a series which, with the notable exception of this summer’s “Wonder Woman”, has met with a less than positive critical response and has failed to match the box office of rival Marvel’s biggest super-hero offerings.

The film features a host of major DC characters and box office stars including Ben Affleck as Batman, Gal Gadot as Wonder Woman, Jason Momoa as Aquaman and Ezra Miller as the Flash.

Gadot won both critical plaudits and box office success for “Wonder Woman”, which was directed by Patty Jenkins, and she is confident that the experience from that film helped her reprise the character in “Justice League”.

“I had almost no transition from Wonder Woman because I finished Wonder Woman and the next day I went to set to start working on Justice League,” she told Reuters.

The cast poses for photographers at the Justice League photocall, at The College, in London, Britain November 4, 2017. REUTERS/ Peter Nicholls

“I was already in the character and I only had to serve the story and the context of every scene and just you know be there and serve the director’s vision.”

Momoa was hopeful for the film’s prospects, telling Reuters “I really hope that the fans enjoy what Zack (Snyder, the director) and I have done with Aquaman.”

Another recent entry in the DC franchise, 2016’s “Suicide Squad,” opened to an equally poor critical reception, and took around $745 million at the global box office.

While both totals are not insubstantial, they are dwarfed by Marvel’s big hits – 2012‘S “The Avengers” and 2015’s “Avengers: Age of Ultron,” which took $1.5 billion and $1.4 billon respectively.

Audiences in 2017, however warmed to “Wonder Woman,” which grossed over $80 million more at the U.S. box office than “Dawn of Justice,” as well at proving a hit with critics, garnering a 92 percent Rotten Tomatoes score.