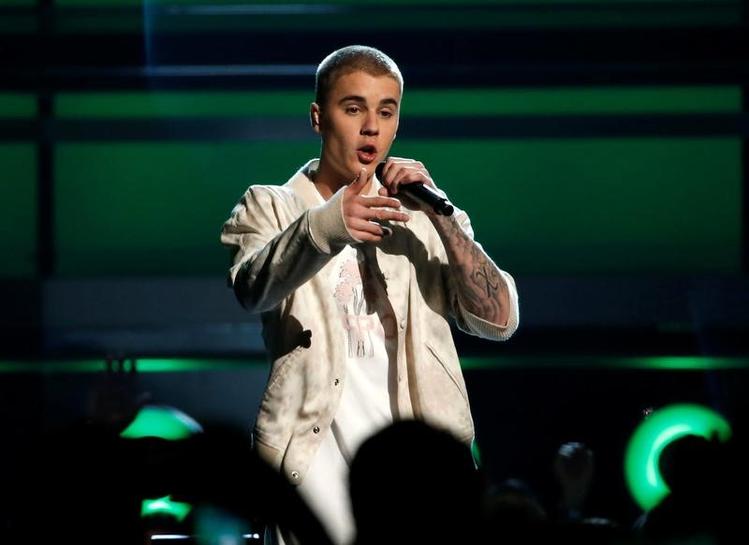 The cancellation will affect 14 dates in North America and Asia through Oct. 10. Ticket holders will get refunds.

“Justin loves his fans and hates to disappoint them,” his tour publicist said in a statement. “… However, after careful consideration he has decided he will not be performing any further dates.”

Bieber, 23, made no comments on his social media platforms. Celebrity news website TMZ.com cited a source as saying Bieber had decided to cancel because he was “just over it.”

His mostly young female fan base, who call themselves “Beliebers,” expressed disappointment but many were concerned that the Canadian singer might be sick and offered their support.

“I am worried about you. I hope you’re okay. Stay strong Justin,” tweeted a fan called Claire.

“THANK U JUSTIN FOR PURPOSE TOUR. You have my biggest respect. We still love you so so much,” said another fan, Nadine, tweeting from Austria.

Bieber was photographed at the weekend out hiking near Los Angeles with a young woman and appeared to be in good shape.

Bieber started the tour in support of his “Purpose” album in March 2016 and has performed more than 150 shows across Europe, Africa, South America, Australia and parts of Asia. The tour has grossed more than $256 million, according to figures from music tour trade publication Pollstar.

The cancellation comes a few days after the singer was banned from performing in China due to bad behavior, Beijing’s Municipal Bureau of Culture said. The state office said the singer needed to improve his conduct to become a singer “truly loved” by the public, without specifying what behavior had caused offense.

Bieber has had run-ins with the law in several countries and has become notorious for a string of indiscretions and scandals in recent years.

He also shed the clean-cut image that made him a heartthrob among his fan base when he broke into the music scene on YouTube in 2008 as a 14-year-old.