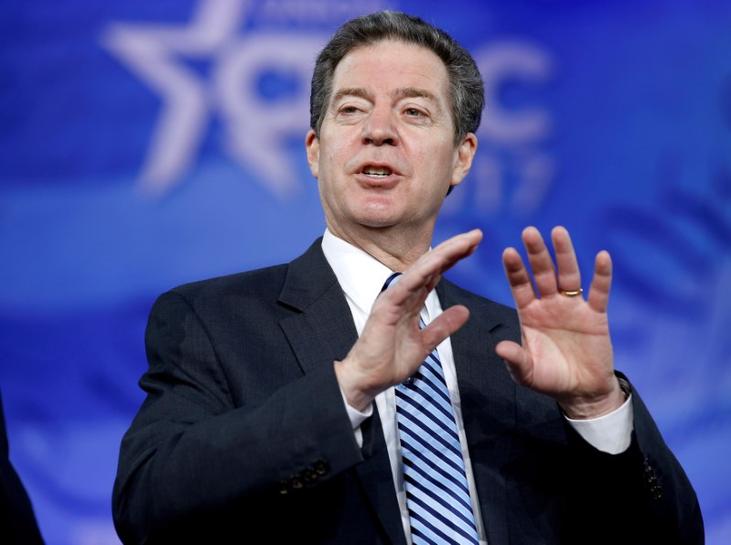 (Reuters) – Kansas Governor Sam Brownback on Thursday shrugged off the political backlash and budget woes stirred by his aggressive tax-cutting policies at home as he looked forward to a new role as the Trump administration’s chief defender of global religious tolerance.

The two-term Republican addressed both topics at a news conference in Topeka a day after the White House announced that he would soon be nominated as U.S. ambassador at large for international religious freedom, a State Department post.

Brownback, who previously represented his home state in the U.S. House of Representatives and Senate, was a sponsor of the 1998 law that created the diplomatic post he now aspires to fill.

“International religious freedom is going the wrong way. It’s getting worse around the world, not better,” Brownback told reporters. “It affects all faiths, it affects all religions.”

One of Brownback’s most notable forays into the realm of faith as governor came in 2015, when he issued an executive order to protect the religious convictions of clergy as Kansas began to comply with the landmark ruling of the U.S. Supreme Court legalizing same-sex marriage.

His gubernatorial legacy, however, has been largely defined by 2012 legislation he championed to roll back tax rates to help stimulate Kansas’ economy.

The deep cuts shrank state coffers and caused Kansas to miss revenue targets, turning the state into a cautionary tale of fiscal mismanagement.

“It’s amazed me, too, that a tax cut done in a Midwestern state in 2012 has been the dominant tax discussion in America the last five years,” Brownback said on Thursday. He mostly defended his tax strategy, though conceded some resulting spending cuts could have been carried out “more artfully.”

More than a dozen conservative allies in the state legislature lost their seats in the November election in what was seen as a political repudiation of Brownback’s fiscal policies.

Earlier this year, both chambers of the Republican-controlled legislature voted to raise taxes and overrode Brownback’s attempt to veto that measure.

Lieutenant Governor Jeff Colyer, a physician who previously served in the legislature, would succeed Brownback if he resigned to assume the diplomatic post. It was unclear how soon Brownback might move to Washington, D.C.

In the meantime, his standing at home is low. Brownback ranks as the second-least popular governor in the United States, with a 66 percent disapproval rating, according to the nonpartisan political research company Morning Consult.

Reporting by Timothy Mclaughlin in Chicago