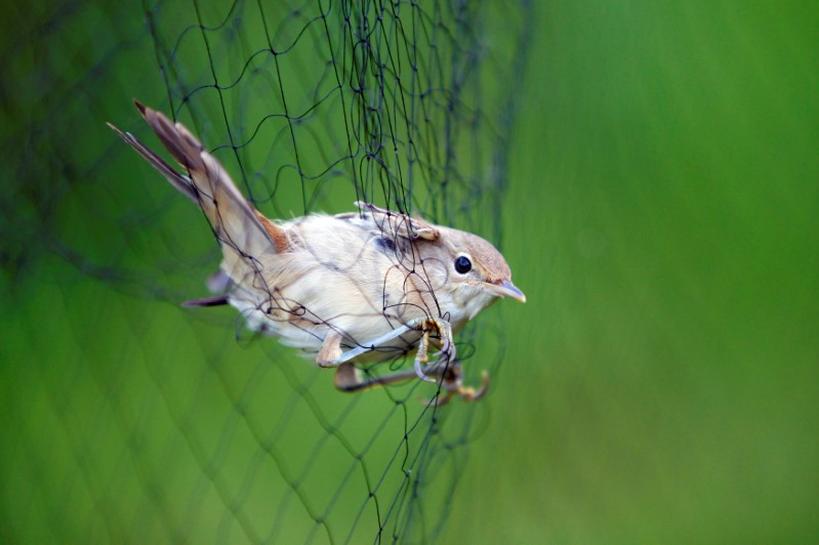 VRHNIKA, Slovenia (Reuters) – Scientists in an area of woodland in Slovenia are studying the migratory patterns of birds with the aid of a couple of big nets – and a lot of small rings.

In Vrhnika, 20 km (12 miles) south of Slovenia’s capital Ljubljana, biologist Tomi Trilar catches the birds in a net, carefully removes them, checks their gender, then measures their length and weight, before fitting them with a small metal leg-ring.

The ring is marked with the country and city where it was fitted, as well as a unique series of numbers to allow the specific bird to be identified.

If birds which have already been ringed are caught, their numbers are noted and the data is fed to a Europe-wide network of centers – called EURING. The data gleaned helps to reveal significant insights into the birds’ migratory patterns.

This particular ringing site consists of two nets, three meters (almost 10 ft) high and 25-metres wide, which biologists use to catch the migrating birds. It is one of two such facilities in Slovenia.

“I knew that I would be a biologist before primary school,” Trilar told Reuters. “My childhood was guided by natural science – by my grandfather and parents who lived with nature as a forester, hunter and mountain guide.”

Trilar is joined by two veterinarians and two biologists, who study the birds’ parasites, but he is the only one permitted to fit the rings – one of 60 such certified people in the country.

After the birds are released, a strange hypnosis-like phenomenon occurs in some cases – they lie apparently frozen on their backs, until a light touch causes them to rouse themselves and fly off into the yonder.