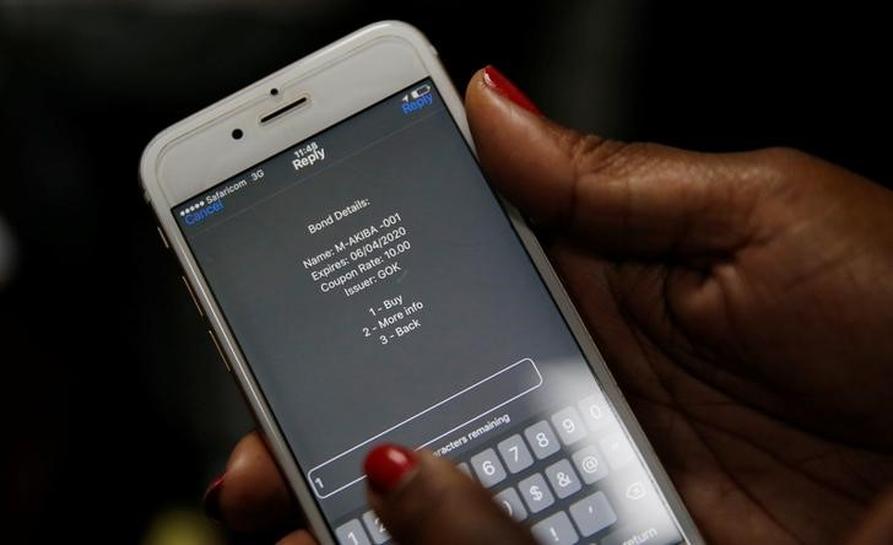 NAIROBI (Reuters) – An innovative Kenyan bond which is bought via mobile phone had raised far less than the 1 billion shillings ($9.6 million) targeted on Friday, failing to match a previous success.

In March, the East African nation became the first country to issue a mobile phone-based bond, which can be bought by phone users without the need for them to have a bank account.

Investors can use mobile phone networks’ financial platforms like M-Pesa to send money and receive interest payments on the M-Akiba bonds, which can be traded in the secondary market.

Kenya’s first such three-year infrastructure bond raised its target of 150 million shillings within days and it launched the sale of the second tranche last month.

However, the second tranche had raised only 128 million shillings by midday on Friday, the finance ministry told Reuters, without offering more details.

Kenya has a vibrant conventional bond market, which the government relies on to raise the bulk if its financial borrowing requirements, but it is pushing through mobile phone bonds to tap into a wider pool of retail investors.

Only a few ordinary Kenyans bought traditional government bonds, scared off by the minimum investment of 50,000 shillings and the need for a commercial bank account.

Investors can buy the M-Akiba bond for as little as 3,000 shillings, earning a tax-free interest of 10 percent.

There was no immediate explanation for the lower demand on the latest mobile phone bond, but Kenya is in the midst of election campaigns ahead of an Aug. 8 poll that has seen some businesses and investors take a wait-and-see attitude.

Elections are often tense in Kenya after 1,200 people were killed in ethnic violence that broke out due to a disputed presidential election in December 2007.