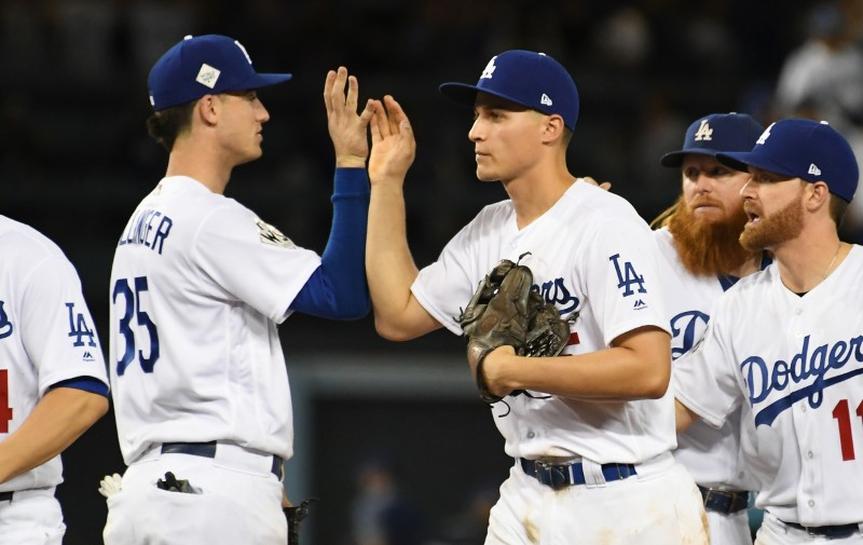 LOS ANGELES (Reuters) – The Los Angeles Dodgers, bolstered by a solid outing from pitcher Clayton Kershaw and a two-run blast from Justin Turner, beat the Houston Astros 3-1 to draw first blood in the World Series on Tuesday.

Kershaw was even hotter than the record high temperatures at Dodger Stadium, striking out 11 and allowing just three hits while walking none over seven strong innings to the Dodgers a 1-0 lead in the best-of-seven series.

“I felt good. It was hot tonight, so warming up, it didn’t take long to get loose,” the three-time Cy Young Award winner told reporters after the game.

“I tried to get that first inning under my belt and fortunately I got out of it,” he said.

Astros pitcher Dallas Keuchel had a more difficult start after seeing Chris Taylor put his first offering of the game into the left field stands for a quick 1-0 Dodgers lead.

Keuchel settled down after that and the contest turned into a fast-moving pitcher’s duel after Astros third baseman Alex Bregman tied the game 1-1 in the fourth with a solo shot.

But Turner’s two run shot in the sixth was the difference and the Astros lineup, which has struggled on the road all post season long, never threatened again.

The game was over in a speedy two hours and 28 minutes, the shortest World Series game since Game Four of 1992 Fall Classic.