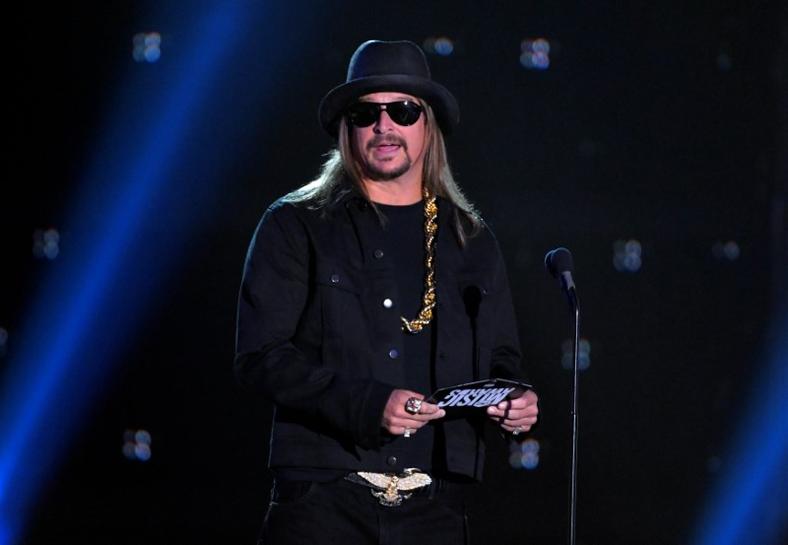 (Reuters) – Kid Rock, an outspoken supporter of Republican President Donald Trump, said on Thursday that he will decide over the next few weeks on whether to run for the U.S. Senate and in the meantime will work on the “critical cause” of registering voters.

The singer-songwriter said in a statement that he plans to create a non-profit organization to promote voter registration so he can raise money for the cause and get people registered to vote at his shows as he explores his possible candidacy in 2018.

“The one thing I’ve seen over and over is that although people are unhappy with the government, too few are even registered to vote or do anything about it,” he said.

Rock said he will discuss his political plans at a press conference in about six weeks.

“If I decide to throw my hat in the ring for U.S. Senate, believe me … it’s game on mthrfkers,” he said in the statement.

Earlier this month, Rock drew attention on Twitter and his Facebook page to a “Kid Rock ’18 for U.S. Senate” website, stoking speculation that the 46-year-old Michigan native was considering a run next year.

“I was beyond overwhelmed with the response I received from community leaders, D.C. pundits, and blue-collar folks that are just simply tired of the extreme left and right bullshit,” he said.

Born Robert James Ritchie in the Detroit suburb of Romeo, he rose to fame in 1998 as his debut album “Devil Without a Cause” sold some 14 million copies. He gained additional celebrity through his courtship of actress Pamela Anderson and their brief marriage in the 2000s.

The Capitol Hill-based newspaper Roll Call reported that Rock’s name surfaced as a possible candidate earlier this month during a state Republican Party convention in Michigan, which Trump carried in the 2016 presidential race, though no official decisions were announced.

Rock presumably would seek to challenge Michigan’s Democratic incumbent senator, Debbie Stabenow, who is up for re-election in 2018.

According to Roll Call, Rock endorsed Republican Mitt Romney for president in 2012 and initially supported Ben Carson for the Republican nomination in 2016 but switched to Trump when the former reality-TV star became the party’s nominee.

Reporting by Brendan O’Brien in Milwaukee; Editing by Catherine Evans