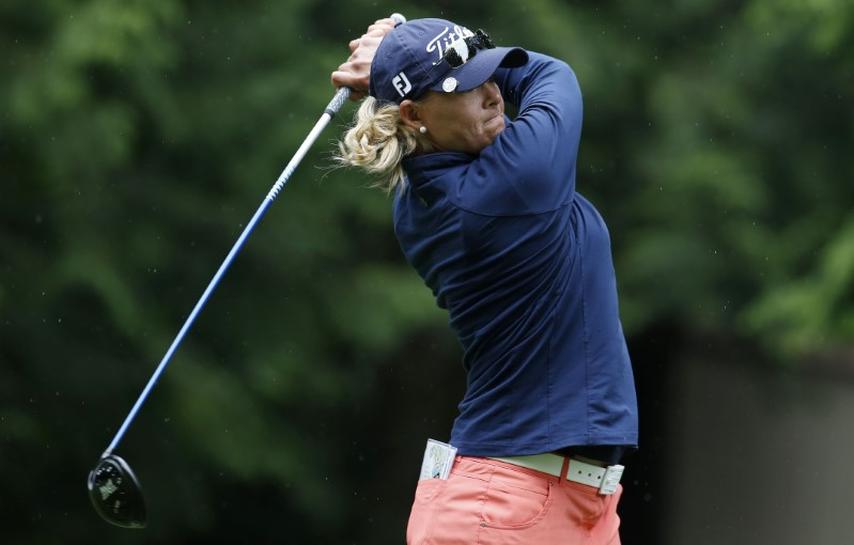 (The Sports Xchange) – Katherine Kirk continued her torrid play at the Thornberry Creek LPGA Classic on Saturday in Oneida, Wis.

Kirk expanded her lead to four shots with a 7-under-par 65 in the third round that left her at 20-under 196.

Ashleigh Buhai of South Africa moved into solo second place at 16 under through 54 holes after matching Kirk’s 65.

Ayako Uehara of Japan also shot a third-round 65 and was tied for third with Jodi Ewart Shadoff of England, who posted a 66.

The 35-year-old Kirk couldn’t match her career-best 63 from Friday but remained on a roll. After a birdie-bogey start and another bogey at No. 5, she birdied eight of her final 13 holes and saved par on the closing hole by making a long putt.

In the final round on Sunday, the Australian will have a chance to break the LPGA Tour’s 72-hole record of 27 under by Annika Sorenstam at the 2001 Standard Register Ping in Phoenix and equaled by Sei young Kim in the 2016 Founders Cup in Phoenix.

“I’ve been playing pretty well lately, trending at least in the right direction, so I mean, I like this golf course,” Kirk said. “It suits my eye, and I think it’s going to take another low one tomorrow. You saw some really good scores out there today. It’s not over until it’s over, right?”

Buhai recovered from a bogey start at No. 1 with eight birdies, including two stretches with three in row from Nos. 7 to 9 and Nos. 11 to 13.

“I had birdie chances just about on every hole after the first hole, and I missed a few and I was still even, and then I just had to stay patient,” Buhai said. “I knew I was hitting good shots, and then I birdied 7, 8 and 9, and that kind of got me going, and then made four birdies on the back. Yeah, it was good fun.”

Three of the top four players in the world rankings are sitting out this event ahead of the U.S. Women’s Open next week.