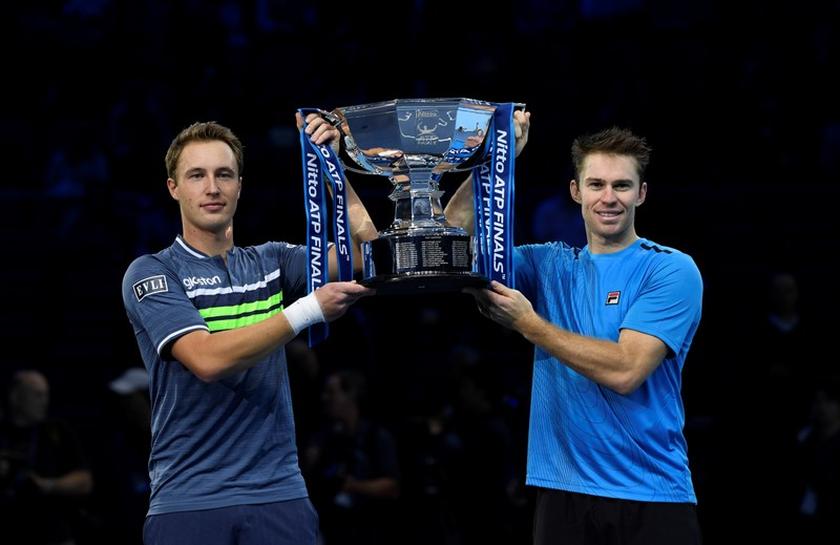 Kontinen and Peers lost their opening round-robin match but went on to become the first pair to win back-to-back titles at the season-ender since Bob Bryan and Mike Bryan in 2003-2004.

It was the fifth title of the year for Kontinen and Peers, including their first grand slam triumph together at the Australian Open.

Kontinen and Peers looked dangerous from the start and once they managed the first break at 2-2 they took control. They lost only one point on first serve throughout the 70-minute contest.

Poland’s Kubot and Brazil’s Melo, who beat Kontinen and Peers in the Wimbledon semi-finals before winning the title, never looked like forcing their way back into the match.