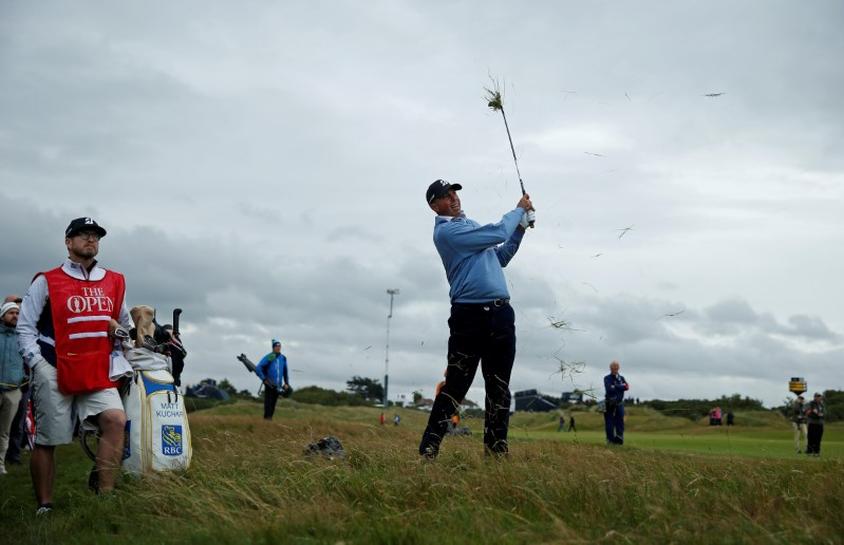 SOUTHPORT, England (Reuters) – American Matt Kuchar bogeyed the 18th hold to slip back to third place at the British Open as joint leaders Jordan Spieth and Brooks Koepka prepared for a Friday afternoon round in challenging conditions.

Clubhouse leader Kuchar’s one-over-par round of 71, in gusty winds at Royal Birkdale, was only slightly soured by his final hole slip-up, and with rain and stronger winds expected later, his rivals will have to produce outstanding golf to maintain their one-stroke advantage.

The 39-year-old Kuchar, who has yet to win a major championship, is four under-par after two rounds, with Spieth and Koepka sat on five under from their opening rounds.

Kuchar found a bunker off the tee on the 18th, had to lay up and then left his third shot short but was able to make a five on the par-four final hole.

Rory McIlroy continued his recovery from a poor start to the tournament, with three birdies on his opening six holes in his second round.

The Northern Irishman had bogeyed five of those holes on Thursday before recovering to end the opening just one over-par, and he was able to carry his good work into his second round.

But bogeys on the 13th and 15th holes undid some of his progress up the leaderboard and left him on even-par with three holes of his round remaining.

Scotland’s Richie Ramsay followed up his first round 68 with a solid even-par 70 on Friday to leave him three strokes off the leaders.

Five-times major tournament winner Phil Mickelson looks set to miss the cut after a shooting four straight bogeys after the turn to leave him nine over-par.

The left-hander had made life difficult for himself with a triple bogey on the par-four third hole.