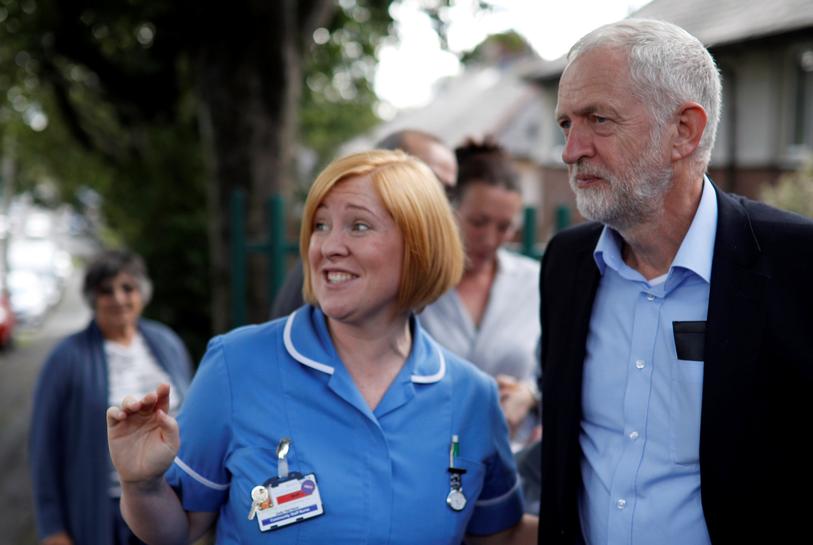 EDINBURGH (Reuters) – Britain’s main opposition Labour Party is announcing a policy shift which opens the possibility of the country remaining in the European Union’s single market and customs union for several years as part of a “soft” Brexit, a spokesman said on Saturday.

The party would propose the same “basic terms” as Britain’s current relationship with the EU during a transition period following Brexit in 2019, and after that for all options to be open, said the Labour spokesman, who declined to be named.

He was confirming a report in Britain’s Guardian in which shadow Brexit secretary Keir Starmer backed “continued membership of the EU single market beyond March 2019” in an attempt to offer a clear alternative to the Brexit currently proposed by Theresa May’s Conservative government.

After months of uncertainty and division on Labour’s position, this new offer is aimed at providing a springboard for Labour leader Jeremy Corbyn to potentially defeat the Conservatives at election.

“We will always put jobs and the economy first,” Starmer told the Guardian.

“That means remaining in a form of customs union with the EU is a possible end destination for Labour, but that must be subject to negotiations. It also means that Labour is flexible as to whether the benefits of the single market are best retained by negotiating a new single market relationship or by working up from a bespoke trade deal,” he was quoted as saying.

Britain’s economy suffered weakness on all fronts in the three months to June, with shoppers pinched by the pound’s weakness on foreign exchange markets, exports failing to fill the gap, and business investment frozen by Brexit uncertainty, data showed.

Corbyn’s party would also “leave open the option of the UK remaining a member of the customs union and single market for good, beyond the end of the transitional period”, the paper said, but only if Labour could by then have persuaded the rest of the EU to agree to a special deal on immigration and changes to freedom of movement rules.

May’s attempts to settle on a position and start negotiating Brexit have been hampered by infighting in her own party following a botched early general election in June in which she lost her parliamentary majority.

Her position has been weakened and many believe she is unlikely to see out a full parliamentary term, although it is unclear who might replace her.