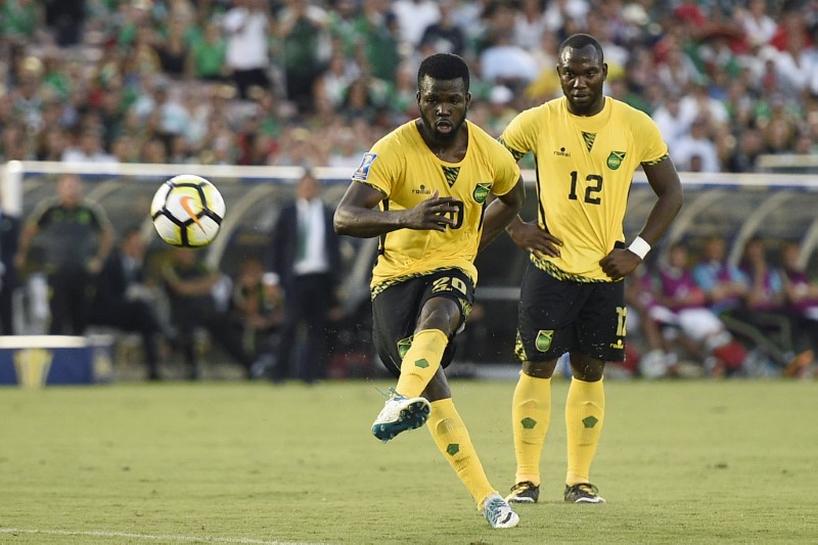 (Reuters) – A Kemar Lawrence free kick two minutes from time gave Jamaica a surprise 1-0 win over Mexico on Sunday and took the Caribbean side into their second consecutive Gold Cup final.

Jamaica were barely seen as an attacking threat throughout the match at the Rose Bowl in Pasadena before Lawrence stepped up to curl a 25-yarder over the Mexican wall and into the top left-hand corner.

The Jamaicans, who lost 3-1 to Mexico in the final two years ago and have never won the tournament, will play five-times winners the United States in Santa Clara, California for the trophy on Wednesday.

The Americans beat Costa Rica 2-0 in the other semi-final on Saturday.

Sunday’s match was a poor showcase for CONCACAF’s blue riband tournament, and it was Jamaican Andre Blake who was the busier of the two goalkeepers, pulling off three excellent saves in the first half including a reflex stop from a point-blank Erick Torres header.

While Mexico had more of the ball they lacked the guile and creativity to get past a packed Jamaican rearguard and just as the game looked sure to go to penalties, Lawrence produced a moment of magic.

“We knew we had to be organized and patient defensively and we did that,” said Blake.

“We, as a group, believe in each other and we’ve got to stay hungry and keep fighting and hopefully win the whole thing.”