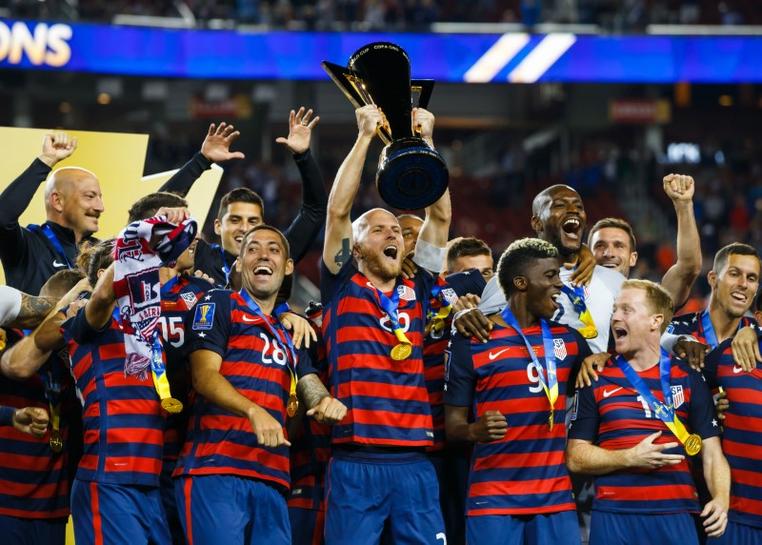 SANTA CLARA, Calif. (Reuters) – Jordan Morris scored in the 88th minute to help United States to a 2-1 win against Jamaica in the Gold Cup final in Northern California on Wednesday as the Americans secured their sixth championship.

His 14-yard strike came after a cross by U.S. midfielder Gyasi Zardes ricocheted off Clint Dempsey and landed perfectly for forward Morris, who sent the ball past the diving arms of replacement Jamaican goalkeeper Dwayne Miller.

Jose Altidore had given the hosts the lead just before halftime when his perfectly judged free kick curled over the defensive wall and a diving Miller into the net.

The goal was sweet redemption for Morris, whose defensive error in the second half allowed Jamaican midfielder Vaughn Watson to tie the game 1-1 in the 50th minute.

“He made up for it,” U.S. coach Bruce Arena, who is undefeated in 14 games since taking the reigns in November, told reporters after the match.

“It was a big step that he took tonight.”

Morris, who graduated from nearby Stanford University, lost his man close to the goal and Watson responded by delivering a six-yard strike off an assist by Kemar Lawrence, the hero from Jamaica’s upset 1-0 win over Mexico on Sunday.

The tone of the match had changed when Jamaican goalie and team captain Andre Blake was forced to leave midway through the first half after American Kellyn Acosta stepped on his hand while taking a shot on goal.

Jamaica coach Theodore Whitmore said the injury to the standout 26-year-old may require stitches but insisted it was not serious.

The Reggae Boyz ran the Americans close during the entire match, playing tenacious defense and using their speed to push the tempo on offense.

But the Americans, who had nearly 70 percent ball possession, were eventually able to wear the opposition defense down.

“Congratulations to the U.S. team, they did a good job tonight,” Whitmore said. “But the sky is the limit for us, we just have to keep on working.”

The annual championship of North America, Central America and Caribbean played out before a half-full Levi’s stadium in Santa Clara, California, home to the state’s famed Silicon Valley.