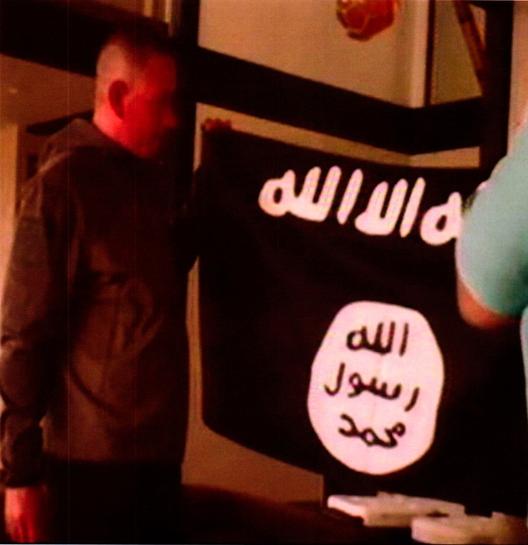 HONOLULU (Reuters) – The lawyer for a U.S. Army sergeant charged in Hawaii with trying to provide material support to Islamic State extremists said on Thursday his client suffers from mental illness that FBI agents exploited in a “sting” operation leading to his arrest.

Questions about Ikaika Erik Kang’s state of mind and the possibility of entrapment were raised by defense lawyer Birney Bervar in remarks to reporters after his client was ordered to remain in jail without bond.

U.S. Magistrate Judge Kenneth Mansfield in Honolulu ruled after a brief hearing that Kang, 34, posed a flight risk and a danger to the public if released pending further proceedings. The defense did not object to his continued incarceration.

Bervar said after the ruling he told his client: “You’re going to stay in for now, and we’re going to get you evaluated and see what’s going on.”

He said he believed Kang was suffering from post-traumatic stress disorder or some other mental problem that the Army failed to address properly after Kang returned from deployments to Iraq in 2011 and Afghanistan in 2014.

According to a Federal Bureau of Investigation affidavit, Kang was reprimanded several times dating back to 2011 for threatening fellow service members and expressing extremist views while on duty.

The Army referred the matter to the FBI in 2016.

Kang soon became the target of what the FBI described in its affidavit as an elaborate sting operation employing several undercover agents and other “confidential human sources” who posed as Islamic State operatives and sympathizers.

A photograph with a redacted date, and entered into federal court July 13, 2017 as an exhibit to support the government’s motion to keep U.S. Army Sergeant Ikaika Erik Kang in detention without bond, shows what is described as Kang kissing the Islamic State Flag and putting it up to his forehead. Kang is charged with trying to provide material support to Islamic State extremists. the U.S. District Court for the District of Hawaii/Handout via REUTERS

Asked if he was suggesting a case of entrapment, Bervar said: “It sounds pretty close to that, doesn’t it?”

Bervar said he would seek a “full mental health evaluation” for his client.

Two other images purport to show him kissing and then holding to his forehead a folded flag of Islamic State, also known as ISIS, the militant organization that had seized large swaths of territory in Iraq and Syria. He is shown in a third photo holding up an unfurled ISIS flag.

Kang, an air traffic control specialist with extensive military training in hand-to-hand combat, was arrested by the FBI on Saturday following a year-long undercover investigation.

The FBI said he swore allegiance to Islamic State leader Abu Bakr al-Baghdadi, made training videos for the extremist group and purchased a drone aircraft intended to help ISIS fighters in the Middle East evade enemy tanks in battle.

Kang is also accused of trying to furnish ISIS with classified and other sensitive military documents that would have assisted the group in its combat tactics.