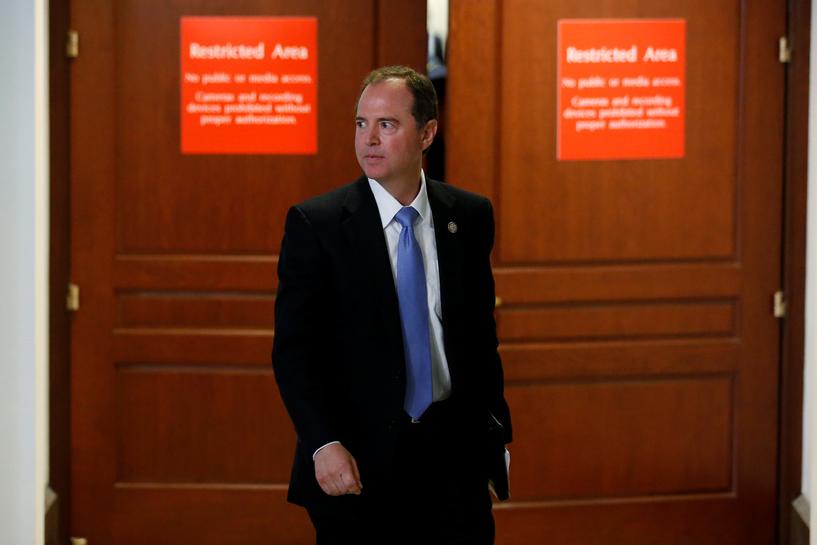 WASHINGTON (Reuters) – Adam Schiff, the top Democrat on the House Intelligence Committee, said on Sunday that it was premature to try to remove U.S. President Donald Trump by claiming he is physically or mentally impaired.

Schiff told Jake Tapper on CNN’s “State of the Union” program that it did not make sense for Trump’s opponents to focus on the 25th Amendment to the U.S. Constitution, which two Democratic lawmakers invoked against the president after his controversial comments about a white nationalist rally in Virginia.

Under the 25th Amendment, the vice president takes over as acting president if he and a majority of either Cabinet officials or “such other body as Congress may by law provide” declare in writing that the president “is unable to discharge the powers and duties of his office.”

“I think we’re still far from concluding that that’s the case,” Schiff said, “even though we find, many of us, his conduct anathema and there to be a serious problem here.”

The White House did not immediately respond to a request for comment.

California Representative Zoe Lofgren on Friday introduced a resolution urging Vice President Mike Pence and Trump’s Cabinet to have medical and psychiatric professionals examine the president to help determine whether he can do his job.

“Many Americans, including many Republicans, have observed the President’s increasingly disturbing pattern of actions and public statements that suggest he may be mentally unfit to execute the duties required of him,” Lofgren said in a statement.

Representative Jackie Speier, also of California, said in a Twitter post on Tuesday that Trump was “showing signs of erratic behavior and mental instability that place the country in grave danger. Time to invoke the 25th Amendment.”

Speier wrote the post after Trump’s explosive news conference on Tuesday, when he blamed violence in Charlottesville, Virginia, not just on white nationalist rally organizers but also on counter-protesters. Trump said there were “very fine people” in both groups.

Those comments also provoked criticism from Republican Senator Bob Corker, who told reporters on Thursday that Trump “has not yet been able to demonstrate the stability nor some of the competence that he needs to demonstrate in order to be successful,” according to a Tennessee local news website. Corker did not refer to the 25th Amendment in his remarks.