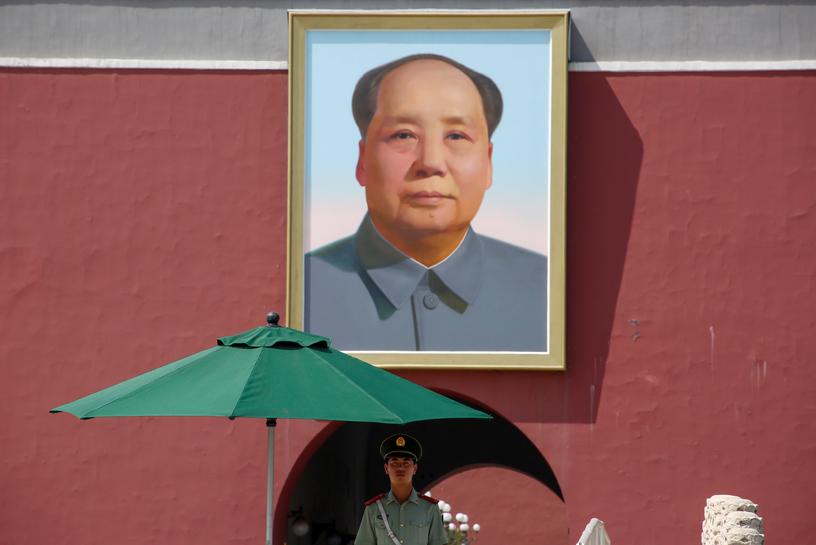 TAIPEI/HONG KONG Taiwan’s president on Sunday offered to help China to transition to democracy, on the 28th anniversary of China’s bloody crackdown on pro-democracy protests in and around Beijing’s Tiananmen Square, as thousands gathered in Hong Kong for an evening vigil.

Nearly three decades after Beijing sent tanks and troops to quell the 1989 pro-democracy, student-led protests, Chinese authorities ban any public commemoration of the subject on the mainland and have yet to release an official death toll.

Hong Kong, a former British colony that returned to Chinese rule in 1997, is the only place on Chinese soil where a large-scale commemoration takes place, symbolizing the financial hub’s relative freedoms compared with the mainland.

This year’s events are especially politically charged, coming just a month before an expected visit of President Xi Jinping to mark 20 years since Hong Kong was handed back to China.

“When Xi Jinping comes, he’ll know the people of Hong Kong have not forgotten,” said Lee Cheuk-yan, a veteran democracy activist and an organizer of the annual candlelight vigil.

“The students who died still haven’t got what they deserve. They fought for their future, in the same way we’re fighting for our future,” 17-year-old Yanny Chan, a high school student, said.

In Taiwan, President Tsai Ing-wen said that the biggest gap between Taiwan and China was democracy and freedom, needling Beijing at a time when relations between China and the self-ruled island are at a low point.

“For democracy: some are early, others are late, but we all get there in the end,” Tsai said, writing in Chinese on her Facebook page and tweeting some of her comments in English on Twitter.

“Borrowing on Taiwan’s experience, I believe that China can shorten the pain of democratic reform.”

Beijing distrusts Tsai and her ruling Democratic Progressive Party because it traditionally advocates independence for Taiwan. Beijing says the island is part of China and has never renounced the use of force to bring it under its control.

After nearly 40 years of martial law, the island in the late 1980s began its own transition to democracy with presidential elections being held since 1996.

“I hope you can pay more attention to the positive changes happening in all levels of Chinese society,” she said without elaborating.

In Beijing, security was tight as usual at Tiananmen Square, with long lines at bag and identity checks. The square itself was peaceful, thronged with tourists taking photos.

One elderly resident of a nearby neighborhood, out for stroll at the edge of the square, said he remembered the events of 28 years ago clearly.

“The soldiers were just babies, 18, 19 years old. They didn’t know what they were doing,” he told Reuters, asking to be identified only by his family name, Sun.

While some search terms on China’s popular Twitter-like microblog Weibo appeared to be blocked on Sunday, some users were able to post cryptic messages.

“Never forget,” wrote one, above a picture of mahjong tiles with the numbers 6 and 4 on them, for the month and day of the anniversary.