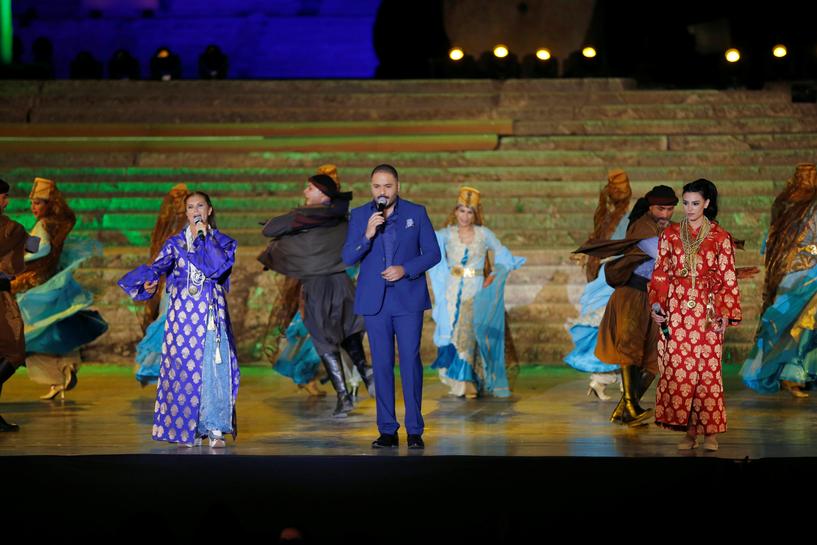 BEIRUT Thousands of music fans will pour into the stadium of the Roman Temple of Bacchus in Lebanon’s Baalbek on Friday night for the opening performance of the oldest music festival in the region.

On opening night, the festival celebrates the 60th anniversary of its “Lebanese Nights” concert, which has given voice to the country’s music and heritage for decades.

This year, the event will showcase Lebanon’s younger generation of pop stars, including Ramy Ayach, Aline Lahoud and Brigitte Yaghi, performing classic Lebanese hits as well as their modern repertoires.

The internationally renowned Baalbek music festival will host a wide array of Lebanese and global artists for six nights at its historic venue among Roman ruins in the Bekaa Valley.

The eastern town of Baalbek is home to some of the best preserved Roman temples, in which acclaimed musicians including American jazz vocalist Ella Fitzgerald and British singer Sting have performed.

It is one of scores of international and local summer cultural festivals in Lebanon, held mostly in the open air, including one in Beiteddine Palace in the pine forest of the Chouf Mountains and another in the Phoenician port of Byblos.

Founded in 1956 by then-President Camille Chamoun, the Baalbek festival is considered the most prestigious of the country’s annual festivals, having welcomed the Arab world’s musical legends such as Um Kulthoum and Fairouz.